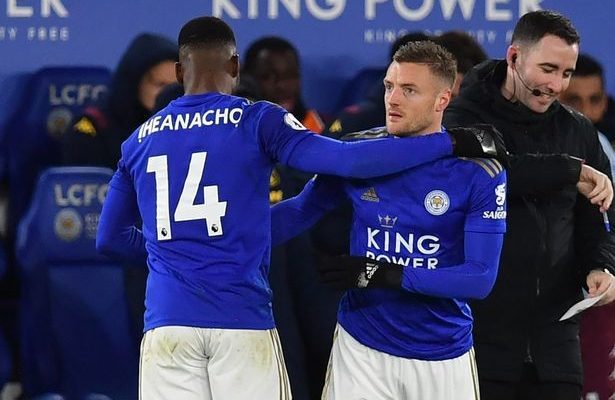 The 24-year-old is enjoying his best run of form in the Foxes colour, but he insists it’s down to the guidance of the club’s manager

Kelechi Iheanacho has credited Brendan Rodgers for his turnaround in form for Leicester City. Iheanacho has been a man of fire in the last few weeks.

The Super Eagles attacker has scored seven goals in his last four games for Leicester. He won the Premier League player for March after scoring five times in three league games, including a hat-trick against Sheffield United.

Iheanacho was also the star in Leicester’s FA Cup quarterfinal win over Manchester United, scoring twice and providing an assist.

The Nigerian international’s form was rewarded with a contract extension that keeps him at the King Power Stadium until 2024.

Although he’s getting the deserved praises, Iheanacho insists credit should be given to Rodgers. The former Golden Eaglets striker has endured a difficult spell since he joined Leicester in 2017.

But the last two seasons, including the current one, have seen a turnaround in his form. And he has praised the former Liverpool manager for his performances.

“Personally, for me, I think I owe him a lot and, most importantly, to perform every time I’m on the pitch as well and to be ready to work with him in training and in games,” he told LCFC.com