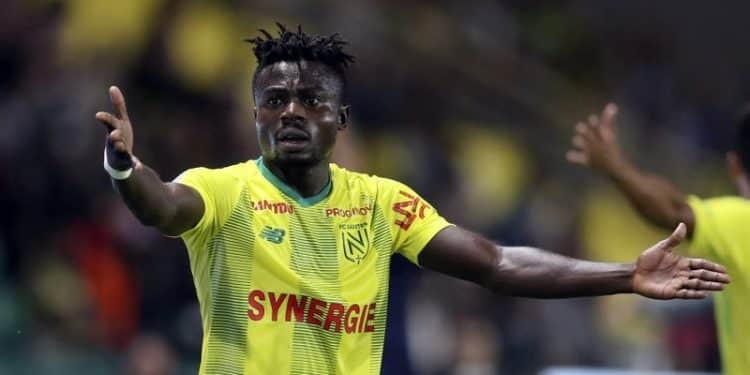 Moses Simon could not take advantage of the rest he was afforded as he failed to sparkle in Nante 2-1 loss to Nice at home.

Simon missed Nigeria’s games in the last international window after Nantes failed to release him due to Covid-19 restrictions.

But despite the rest, he could not inspire Les Canaries to a win at the Stade de la Beaujoire. The Nigerian international was on the pitch for the entire duration of the encounter, but had no shorts on or off target, while he also lost possession 23 times.

Kasper Dolberg put Nice ahead from the penalty spot in the 11th minute before scoring his second in the 29th minute to put the away side two goals up inside 30 minutes.

Although Abdoulaye Toure pulled one back from Nantes three minutes later, it stayed that way for the rest of the match.

The result means Nantes stay 19th with 28 points from 31 games, four behind Lorient, who beat Brest and sit in 17th place.

CHECK IT OUT:  Daddy Freeze Speaks On Music Promotion Charges