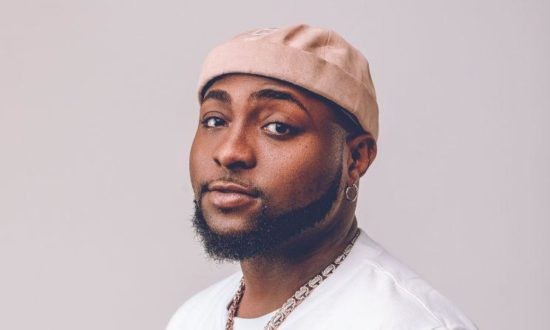 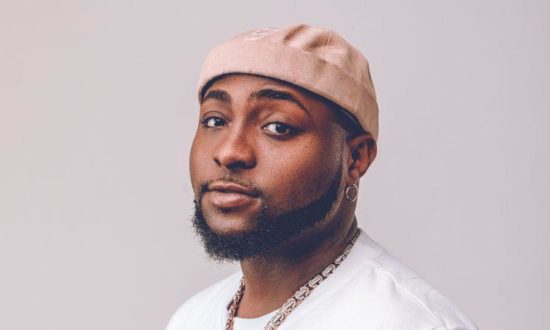 Nigerian singer and DMW boss, Davido has reacted to the mind-blowing news that his music video “Fall” has hit 200 million views on Youtube.

However, @Davidodaily took to Twitter to tweet that, “Fall” was the first afrobeat video to cross 100M, 150M, and now 200M views on the YouTube platform.

Davido reacting to this news has said that he remembered making this record as a joke.

Here’s what he tweeted;

“I remember me and @kiddominant making this record as a joke … well this ain’t nothing to laugh at! @flexgoddaps 1. God is good and thanks to all of you for supporting me ever since m the start… I appreciate every single one of you Single one of you” 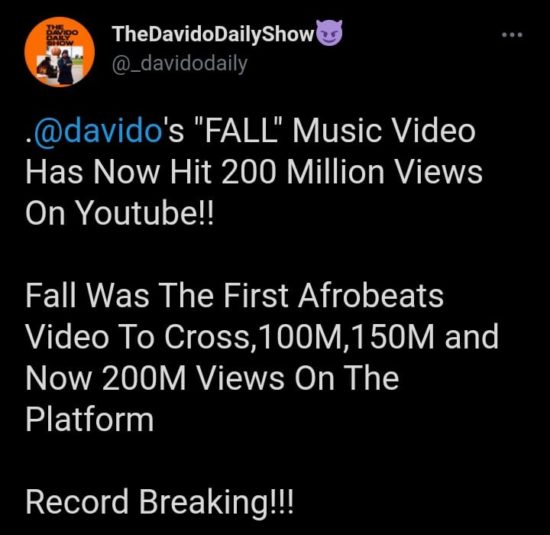 The post Davido reveals how a “joke” he made years ago now has 200 million views on Youtube appeared first on .