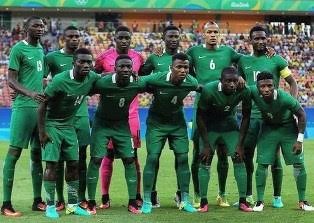 The La Liga SmartBank has been Umar Sadiq’s playground since he joined Almeria in the summer, but he may be making the step up sooner than later

Nigerian forward Umar Sadiq is reportedly on the radar of German giants Bayer Munich as the Bundesliga side begins seeking a long-term replacement for Polish target man Robert Lewandowski.

Sadiq has been the catalyst behind Almeria’s push for La Liga promotion, contributing 21 goals (15 goals and six assists) in 29 league appearances for the Segunda Divison side.

Bought from Serbian outfit Partizan Belgrade for only €5m, Sadiq has a massive 27 billion naira (€60 million) exit clause inserted in the contract.

It could even rise to 36 billion naira (€80 million) should Almeria secure promotion to the top-flight at the end I the season, as per Spanish publications AS.

Sadiq’s performance earned him an invitation to the Nigerian senior national team last month, but he couldn’t join the Super Eagles due to coronavirus restrictions.