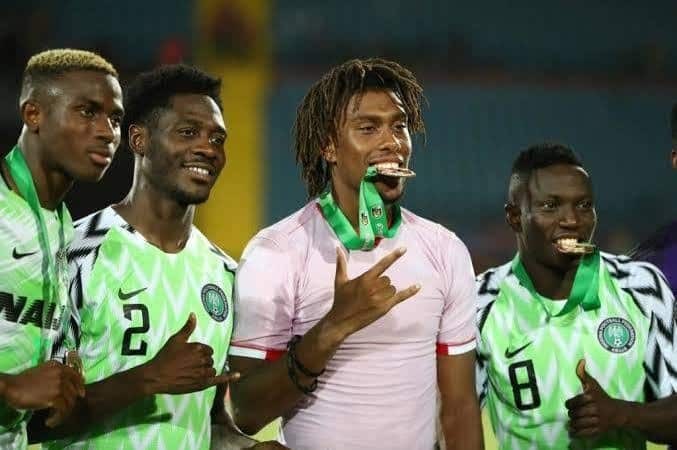 The Nigerian international has talented teammates at both national and club level, but one has impressed the Everton star more than others

Nigerian midfielder Alex Iwobi has named James Rodriguez as the most skillful player at Everton, revealing that the Colombian possesses a high-level vision that sets him apart from others.

Everton signed Iwobi in 2019 after years of developing at Arsenal, with the Super Eagles playmaker expected to bring more creativity to a stale Toffees attack.

But the 24-year-old struggled at Goodison Park last term, with the club responding by bringing in Rodriguez from Real Madrid on a temporary deal.

The Colombian’s arrival has seen Iwobi often left on the bench, with manager Carlo Ancelotti preferring at times to deploy the Nigerian as a wing-back.

Despite having to go head-to-head for a first-team spot with Rodriguez, Iwobi still holds his teammate in high esteem.

When asked who was the ‘tekkers man’, or most skilful player, in the Blues squad, Iwobi told BBC MOTD: “I’m gonna give it [to] James because what shocked me was his right-foot finish, and I was like I didn’t know he had it in him.

“Some of the passes he plays, I don’t know how he sees it. It’s not normal.”

Rodriguez has only featured in 19 Premier League games this season, with injuries keeping him out of ten others.

The 29-year-old maestro was in his element on Easter Monday when he netted his sixth league goal of the season in the closely fought 1-1 draw with Crystal Palace at Goodison Park.

CHECK IT OUT:  Emmanuel Adebayor And Girlfriend, Dillish Mattews All Loved Up As They Go On A Date