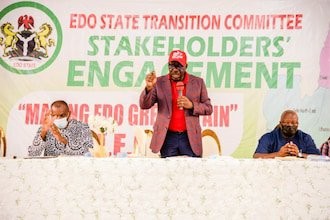 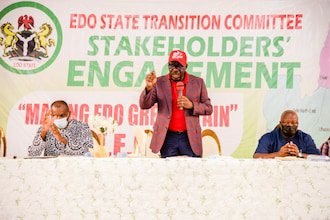 The claim that Nigeria printed N50-N60 billion last month to cushion its financial trouble has been denied by the federal ministry of finance, budget, and national planning as well as the Central Bank of Nigeria (CBN).

P.M News reports that Osita Nwanisobi, the spokesperson of CBN on Sunday, April 11, speaking to journalists said that he was not aware of any money printed by the government.

Similarly, the media aide to the finance minister, Yunusa Abdullahi said questions on the matter should be directed to Edo state governor, Godwin Obaseki who made the claim or the CBN.

Nwanisobi’s reaction is coming three days after Obaseki claimed that the federal government printed N60 billion as part of federal allocation for the month of March, The Cable reports.

“When we got FAAC for March, the federal government printed additional N50-N60 billion to top-up for us to share.”

CHECK IT OUT:  Do You Agree? Dremo Is A Bad Investment For Davido – Davolee Says In New Diss Track