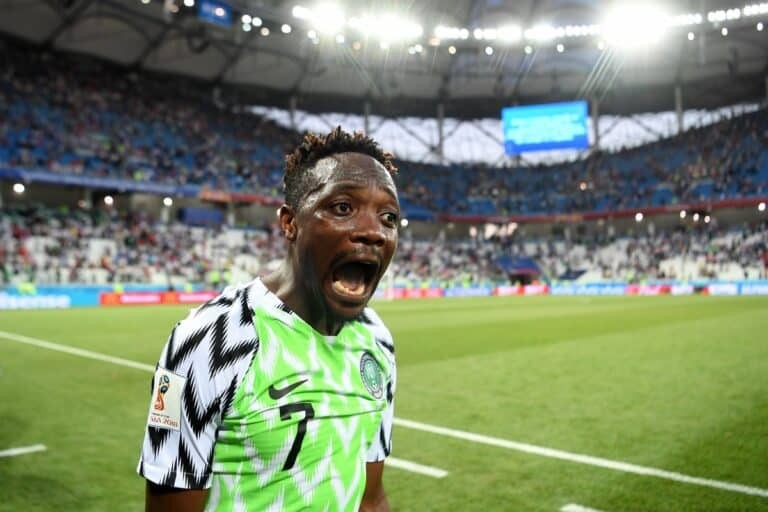 The Super Eagles captain has been without a club for almost seven months, but he is set for a shocking return to the Nigeria Professional Football League (NPFL)

Ahmed Musa’s potential move to Kano Pillars is not done and dusted yet, Soccernet can confirm. The former Leicester City striker has held talks with the club, but Plateau United have also signified their interest in signing the 28-year-old.

However, Kano Pillars remain favourites to land his signature as he has been training at the club in the last couple of days.

Musa also started his professional career with Pillars, giving Sai Masugida the edge over the Jos based side. But any potential deal will be on a short-term basis as he intends to return to Europe when the summer transfer window opens.

Musa has been without a club since he left Saudi Arabian club Al-Nassr in October 2020. But despite his inactivity, he was part of Nigeria’s squad for the 2021 Africa Cup of Nations qualifiers against Benin and Lesotho, playing the final four minutes against the Crocodiles.

However, his inclusion sparked massive outrage among Nigerian fans. And with the World Cup qualifiers starting next month, the former CSKA Moscow feels it’s important he finds a new club.

CHECK IT OUT:  Ronaldo Reveals His First Encounter With Taribo West