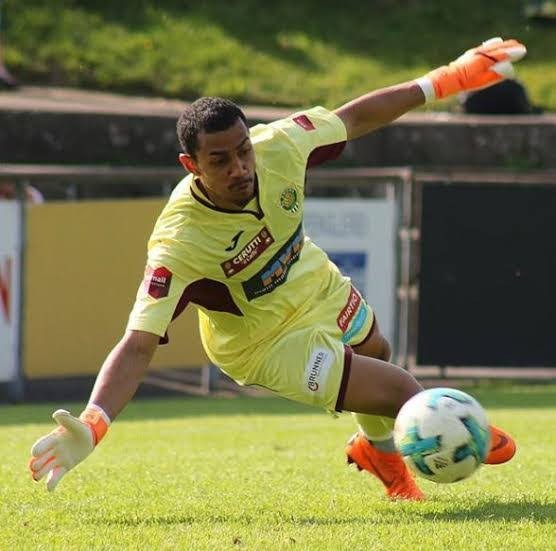 Sebastian Osigwe and FC Lugano are out of the Schweizer Pokal after suffering a disappointing 2-1 extra-time defeat to Luzern in one of the quarterfinal matches played at the Stadio Di Cornaredo in Lugano on Tuesday evening.

Osigwe was preferred in goal for the home side after keeping clean sheets in each of his last two games for the club as Maurizio Jacobacci’s men went in search of a semifinal ticket early.

Their dominance in the opening period paid off as Slovenian playmaker Sandi Lovric broke the deadlock after only 20 minutes.

Lugano missed a couple of chances to double their lead, allowing the visitors to grow in confidence as the game wore on.

And barely ten minutes to the end of the game, Osigwe’s net was breached for the first time in nearly 260 minutes when Paschal Schürpf smashed home Luzern’s equaliser, which forced the game into extra-time.

And with the tie well-balanced and seemingly in need of penalties to determine the winner, Senegalese attacker Ibrahima Ndiaye sent home a finish beyond the reach of Osigwe.

It is a premature end to another dream for Osigwe, who was looking to claim the first major honour of his career with the cup triumph.

Aside from helping SC Kriens gain promotion to the Super League in 2018, the 27-year-old gloveman has not won any trophy of note in his country of birth.

CHECK IT OUT:  Why I Never Reshuffled My Cabinet – Buhari

There is also no chance of Osigwe lifting the league title this campaign, with third-place Lugano trailing runaway leaders Young Boys by a massive 23 points.