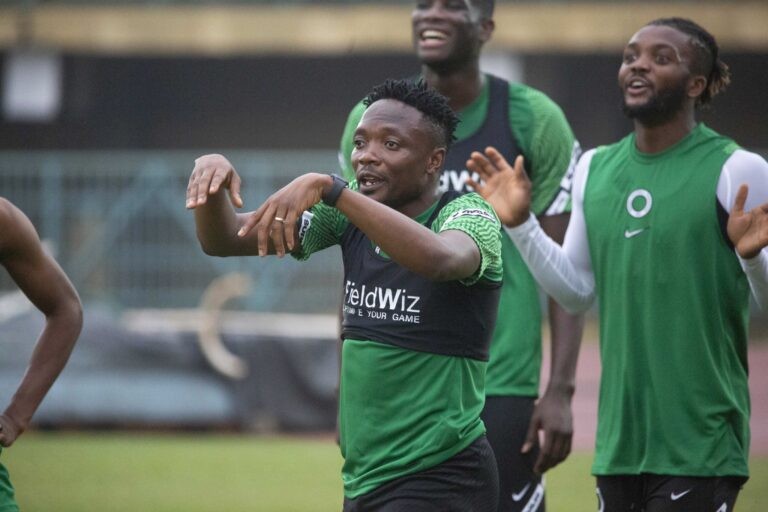 The Nigerian Professional Football League side has confirmed the signing of the former Leicester City star, a move that has elicited reactions from a few South Africans on Twitter

Pillars, through its Media Officer, Rilwanu Idris Malikawa, confirmed that the club has secured the services of the Nigerian international on a short-term deal.

The winger played for the Kano club in 2009 and finished as the NPFL’s top scorer with 18 goals, but he has been without a club since he left Al Nassr of Saudi Arabia last year.

Amongst the contractual agreement reached is that Musa will leave if he gets an offer that suits him.

Former Nigerian Senator Shehu Sani believes the move is good for the local league while commending the Super Eagles skipper for having the confidence to return home instead of idling in Europe.

Ahmed Musa’s return to Kano Pillars is one of the best strategy to improve and attract interest in our local football teams and National league.After global come local.Its better than hanging and idling in Europe.There will always be a place for you at home.@thenff

South Africans, though, would have loved to see the former CSKA Moscow star join any of the country’s biggest clubs instead.

Kaizer Chiefs, Orlando Pirates, and champions Mamelodi Sundowns are some of the PSL giants the fans urge to go after securing Musa’s signature.
Here are some of their reactions on Twitter.

@KaizerChiefs get hold of the this guy, his very much experienced and what a quality player he is.

He is only 28? He must land in PSL if he can’t get a big-money move to middle east

Sundowns will jump for him very fast

@KaizerChiefs can you enquire about his services.

He’ll end up in SA

Musa lists VV Venlo, CSKA Moscow, and Al Nassr among the European clubs he has played for during his distinguished career.

CHECK IT OUT:  Breaking! Court Sentences 3 Policemen To Death