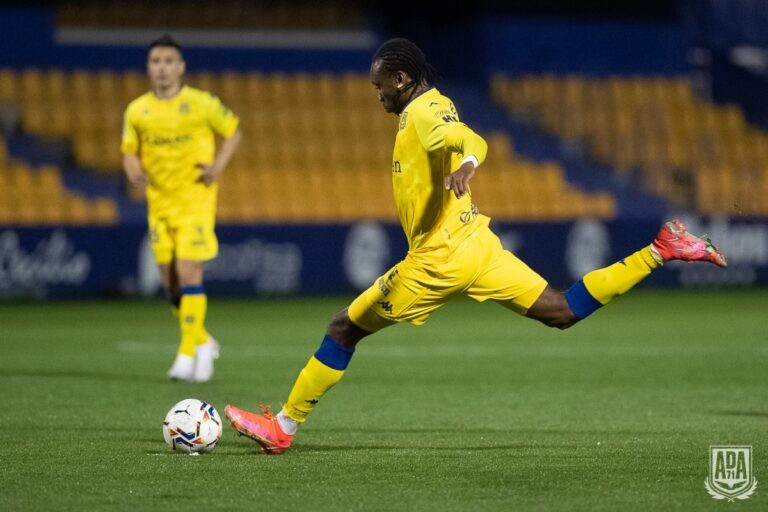 A few Nigerians were in action for their clubs across leagues in Europe and Asia, with a couple making the difference on a day painted with goals

Peter Utaka continued to defy age as the 37-year-old smashed home a hat-trick to lead Kyoto Sanga to a comprehensive 6-1 victory over Giravanz Kitakyushu in a Japanese League 2 clash on Saturday.

Utaka scored the game’s first two goals before the half-hour mark and added a third early in the second half as Kyoto completely outclassed the visitors at the Sanga Stadium by Kyocera in Kameoka.

The former Odense is on course to enjoying another productive season with Kyoto, having now registered seven goals in eight games of the new campaign.
Utaka banged in a career-high 22 goals in 40 matches last term.

In Spain, Alcorcon eased their relegation worries after a Dani Ojeda brace and a Kelechi Nwakali penalty gave manager Juan Anquela’s men a 3-1 win at Lugo.

It is Nwakali’s third strike in four matches for Alcorcon, with the 22-year-old midfielder also netting a brilliant winner in the 2-1 triumph over Castellon five days ago.

The victory lifts Alcorcon out of the relegation zone, with the side sitting 18th on the league table, two points above Lugo in 19.

In France, Desire Oparanozie saved some pride for Dijon as the Super Falcons forward got the consolation goal in her side’s 2-1 loss at Stade De Reims.

The visitors were punished for a loss in concentration in the opening half-hour by Noemie Carage’s own goal and Melissa Gomes’s fine effort.

But Oparanozie reduced the deficit in the 36th minute for her fourth Feminine Division 1 goal of the season.