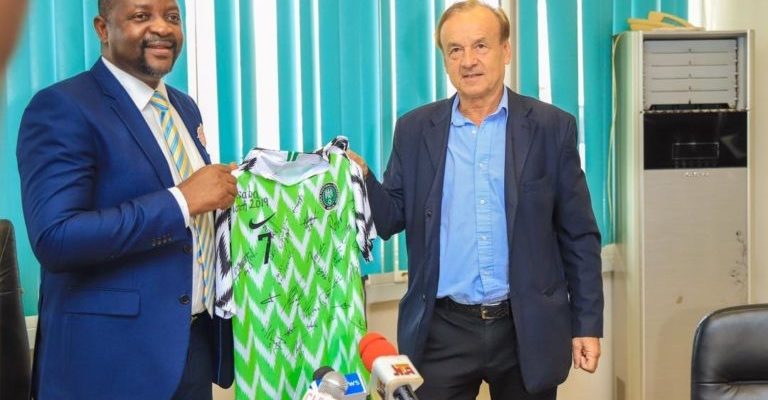 Super Eagles manager has said he’s under a contract with the Nigerian national team, but he’s available should Bordeaux need his services.

Rohr played for the club between 1977-1989, and also managed the club on two separate occasions. The former Burkina Faso manager was in charge of the club between 1990-1992, while he was also the manager in 1996, leading the club to the UEFA Cup final.

However, Bordeaux are having a below-par season in the French top-flight with just 36 points from 33 games. Les Girondins sit 16th on the Ligue 1 table but are not safe from relegation yet as they are only four points clear.

And Rohr has spoken on the club’s situation, saying the current manager, Jean Louis Gasset has not been able to get the best out of the players.

Coach Jean Louis Gasset ” also, unfortunately, seems a little lost in this situation, Rohr told Francebelu. He must have tried a lot of things already, he still has experience “.

Rohr, however, said he is ready to help should the need arises- although he admits it may be difficult because of his attachment to Nigeria.

I have always been the man of the club, he said. Currently, I am under contract with Nigeria. But if it is to help the Girondins, I will always be available”.

Rohr’s contract with the Super Eagles runs until the end of 2022.

CHECK IT OUT:  Lawmaker Imprisoned For Beating Woman, Forcing Her To Walk Naked (Photos)