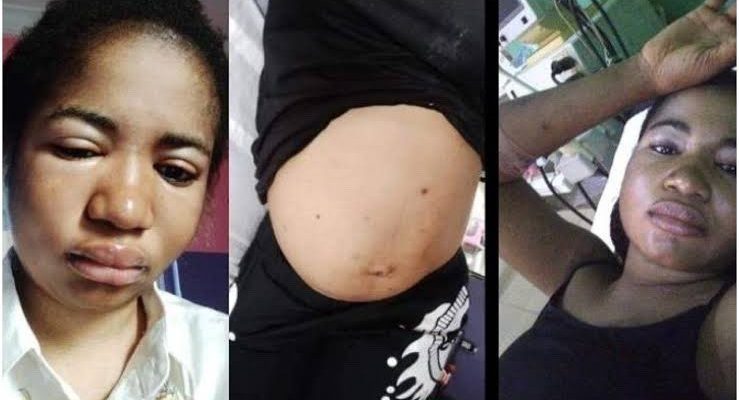 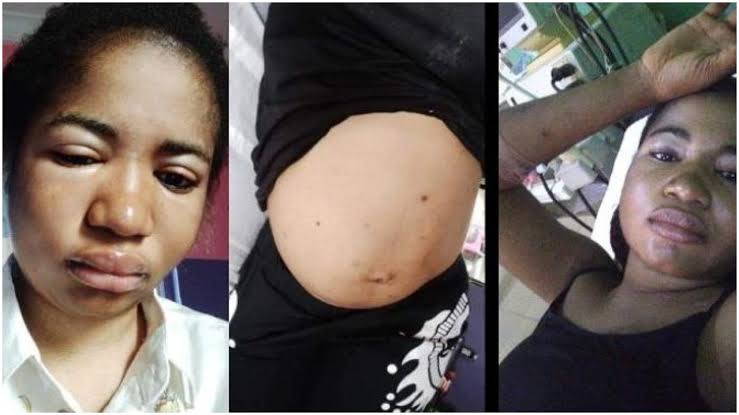 Comedienne Ada Jesus has been reported to have died today after having a cardiac arrest just after celebrating her birthday a few days ago and that has generated a massive reaction.

Ada Jesus who was battling with a kidney problem was able to celebrate her birthday on a hospital bed but unfortunately gave up the fight after having a cardiac arrest just a few hours after celebrating her birthday.

According to reports, she died in an Abuja hospital today after suffering a cardiac arrest last night but all efforts to keep her alive were frugal leading to the demise of the 22yr old comedienne who had a promising future with her comedy skits.

Some netizens have blamed the pastors with who she had an issue but refused to forgive her after asking for their forgiveness asking whether they are happy now that the girl is dead calling for the arrest of the one who afflicted the pain on her.

Others also reacted sadly to her death praying that her soul rests in peace saying at least she was able to ask for forgiveness and settle her misunderstanding between all those she knowingly and unknowingly stepped on their toes. 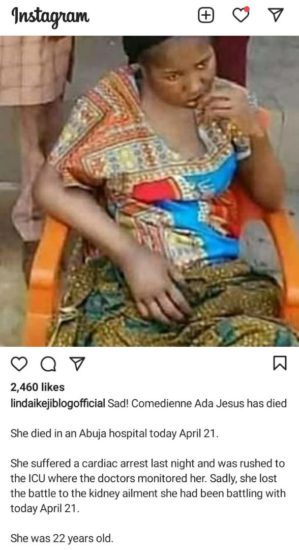 The post The Pastor That Took Credit For Her Affliction Should Be Arrested – Netizens React To The Death Of Ada Jesus appeared first on .

CHECK IT OUT:  Scared Girl Bursts Into Tears On A Plane After Looking Through The Window (Watch Video)