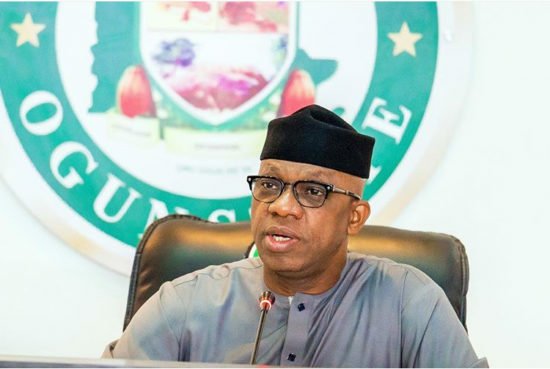 Dapo Abiodun, governor of Ogun state, has launched an endowment fund worth N5 million for Faith Odunsi, a 15-year-old genius who emerged the winner of the Global Open Mathematics Tournament.

The governor made this disclosure on Thursday, April 22, while also presenting a 2-bedroom bungalow and N2 million cash prize to the University of Lagos State (LASU) best graduating student Oladimeji Shotunde.

Governor Abiodun said the endowment fund for Faith is seeded at N5 million but sought “voluntary donations ” from private sectors and well-meaning Nigerians.

“The Ogun State Government today launched an endowment fund for Miss Faith Odunsi who topped the Global Open Mathematics Competition.
“The fund, is seeded with 5million Naira and subsequent, voluntary donations from the private sector,” he said in a tweet.

CHECK IT OUT:  Man Narrates How He Almost Lost His Little Daughter Practicing What She Saw On TV