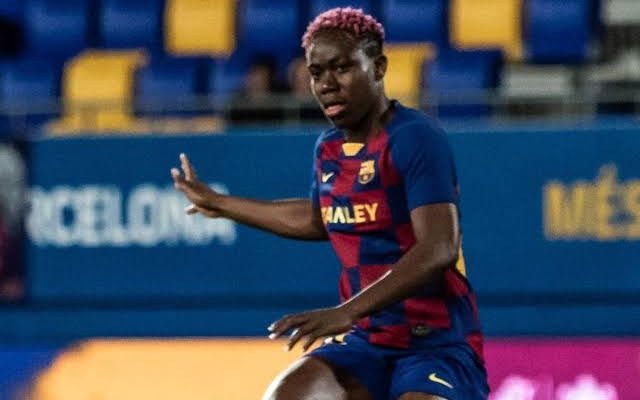 Oshoala, who had her right foot operated on April 6, had not made the matchday squad for Barcelona Femení since appearing as a non-playing substitute against Levante three weeks ago.

But with a crunch Champions League clash against PSG in the offing, manager Lluís Cortés included Nigeria captain Asisat Oshoala in his squad list for the trip to France.

The former Arsenal striker only watched from the bench, though, as Jennifer Hermoso gave the Spaniards the lead in the 13th minute.

The home side, however, retaliated through Alana Cook eight minutes later to leave the two giants levelled at halftime.

Oshoala was introduced to the pitch midway through the second half as Barcelona looked to snatch an away win, but PSG stood firm to keep the scoreline unchanged.

This season, the four-time African Women Player of the Year has featured in six Champions League matches, scoring four goals. In contrast, she has mustered 15 goals in the Primera División Femenina.

She will have the chance to add to her stats when Barcelona host the Parisians in the return leg next week.

The winner of the tie between Barcelona and PSG will face either Bayern Munich or Chelsea in the final of the Women’s Champions League.

CHECK IT OUT:  Naira Marley Insults Kaffy After She Said His ‘Soapy Dance Is Disgusting’ (Watch Video)