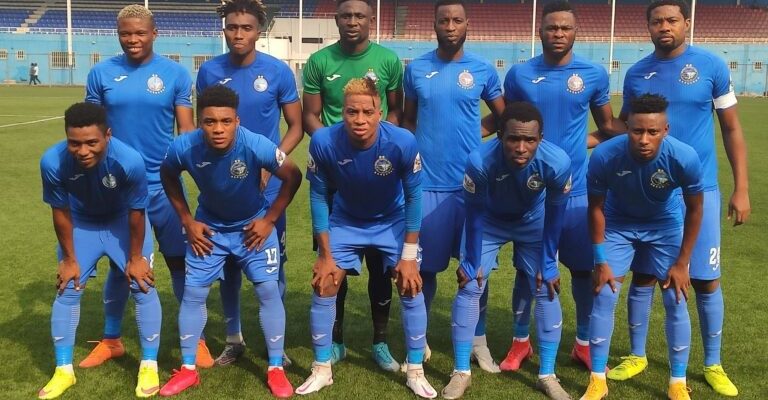 Two consecutive away losses have pushed the Aba Elephants to the brink of elimination from the competition, but they have a last chance against the sea lords

Enyimba International FC will host Orlando Pirates on Wednesday at the Enyimba Stadium in Aba in the final Group A clash of the CAF Confederations Cup.

Ahead of the all-important match, the People’s Elephants sit third in the group with six points from a possible fifteen.

Enyimba obtained those points earlier in the campaign by handing 2-1 defeats to Al Ahli Benghazi and ES Setif in Aba.

But three losses away to the same sides, and Wednesday’s opponents have left the three-time African champions needing a big win over Orlando Pirates to qualify the quarterfinals.

The South Africans, arriving as Group A leaders, edged Enyimba 2-1 at the Orlando Stadium in Johannesburg on matchday two.

Fatai Osho’s men will have to better that result to finish in the top two regardless of the other group match involving Al Ahli and ES Setif.

Enyimba have not claimed a single win in three previous meetings with Orlando Pirates, losing two.

The only draw was recorded on home soil in a CAF Champions League face-off with the South Africans back in 2006.

CHECK IT OUT:  SAY NO TO RACISM!! Chelsea Star Suffer Racist Abuse Against Tottenham

It is a win or bust tie for Enyimba, and on home soil, the two-time Champions League winner is a different beast.

But it will take more than a regional reputation to force a huge defeat down the throat of the dynamic South Africans.

Both teams have scored in each of Enyimba’s previous home games in this competition this season.
Tip 1: Enyimba to win
Tip 2: Both teams to score.