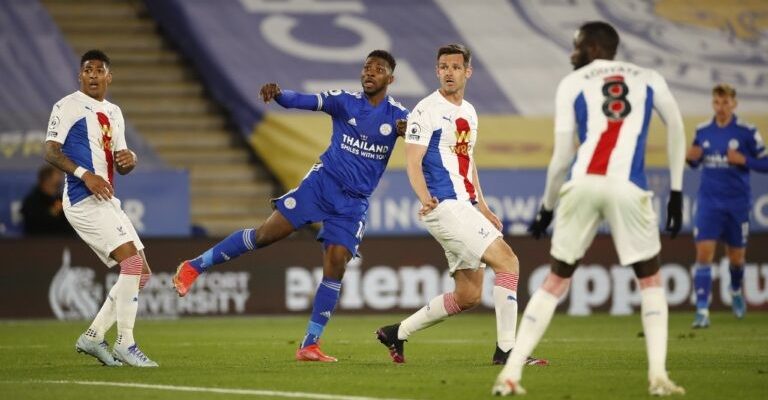 The Super Eagles star was once again on target on Monday night, and that has earned him a place in the Premier League’s greatest striker team of the week

Premier League all-time top scorer Alan Shearer has named Kelechi Iheanacho in his team of the week after the Nigerian scored and created an assist in Leicester City’s 2-1 win over Crystal Palace on Monday night.

Iheanacho set up Timothy Castagne for Leicester’s equaliser after Zaha had given Palace the lead. The former Manchester City man then fired in a superb winner in the 80th minute to strengthen Leicester’s grip on third place.

The 24-year-old’s performance last night was enough to get him into Shearer’s team of the week. Iheanacho led the line in a three-pronged attack that also includes Chris Wood and Allan Saint-Maximin.

@alanshearer‘s Team of the Week

Agree with these picks? pic.twitter.com/R9DPUimm1V

It’s been a record-breaking season for Iheanacho. The Super Eagles star has scored 17 goals in all competitions this season- the most he has managed since he arrived in England.

Fourteen of his strikes have also come in his last 14 games. The ex-City man is well on course to reach the 20 goal mark with five games left in the Premier League and an FA Cup final against Chelsea to play.