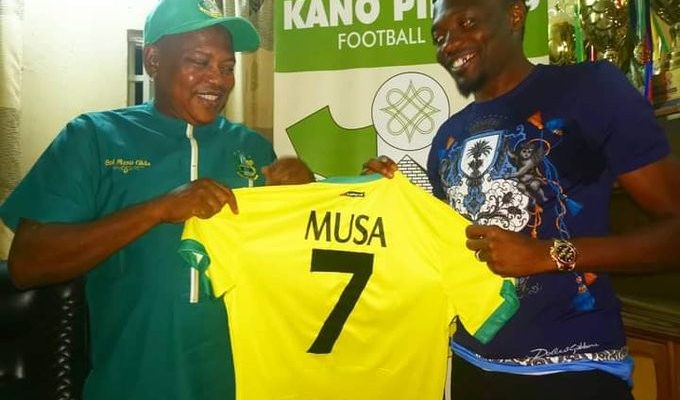 The Super Eagles captain made a sensational return to the Nigeria Professional Football League (NPFL), 11 years after leaving

Former Nigerian midfielder Mutiu Adepoju believes the decision of Super Eagles captain Ahmed Musa to return to the Nigerian Professional Football League (NPFL) will give the league a facelift.

The Nigerian international, who is is yet to play competitive club football since he left Saudi Arabian club Al Nassr in October 2020, joined Kano Pillars on a short-term deal in a bid to keep fit ahead of the 2022 FIFA World Cup qualifiers.

Musa is a cult hero at Kano Pillars after his exploits in the 2009/2010 Nigerian league season, where he scored 18 goals to finish as the league’s top scorer.

In a chat with Soccernet.ng, the ‘Headmaster’ as he was fondly called during his time with the Super Eagles,  stated that Musa’s return would greatly benefit the NPFL players by boosting their confidence and morale.

He also added that the former Leicester City star would add value to the league and attract quality sponsors.

“I am really delighted with the decision of Ahmed Musa to return to the Nigeria Professional Football League (NPFL). It is a decision that not too many players will want to take, considering where they are coming from.

“Besides, going back to a club that made you who you are today makes it a perfect reunion, and I think he has made the right decision to choose Kano Pillars.

“NPFL players are surely going to benefit from his wealth of experience, and I know his return will bring positive value to the league.”

Musa was close to joining West Brom in the last transfer window before the Baggies backed out of the deal due to the lack of funds.

He has made 96 appearances for Nigeria, the latest of which was last month’s victory over Lesotho during the Africa Cup of Nations qualifiers.