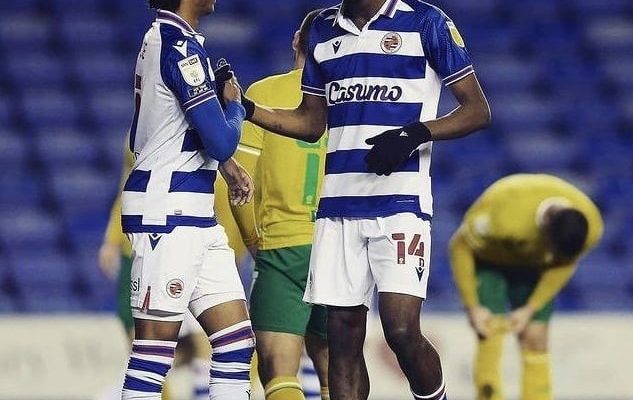 There are still two games to go in England’s second division, but the players that have had a brilliant campaign were rewarded on Thursday night at the English Football League (EFL) awards

Super Eagles target Michael Olise has been named the Skybet Championship young player of the season, while he was also included in the team of the year.

Olise has been one of Reading’s best players as they aim to reach the playoffs with just two games left. The 19-year-old has scored six goals and provided ten assists for the Royals this season.

He has also created ten big chances, which shows how valuable he is to Reading’s play. Olise’s performances have now been rewarded at the EFL Awards, going home with the young player of the season award.

The future is bright for @MichaelOlise10

Olise is also the only Reading player in the Championship team of the season, dominated by five Norwich players.

The 19-year-old’s recent feat will delight Super Eagles manager Gernot Rohr. Olise was born in London but eligible to play for Nigeria, France, England and Algeria.

However, it appears the three-time African champions have won the race after Rohr put him on the standby list in Nigeria’s squad for last month’s Africa Cup of Nations Qualifiers.

CHECK IT OUT:  Aisha Buhari Launches Campaign On Breastfeeding

The youngster is not the only Reading player who could be the new Super Eagles star, with Ovie Ejaria hoping to complete his switch this year.