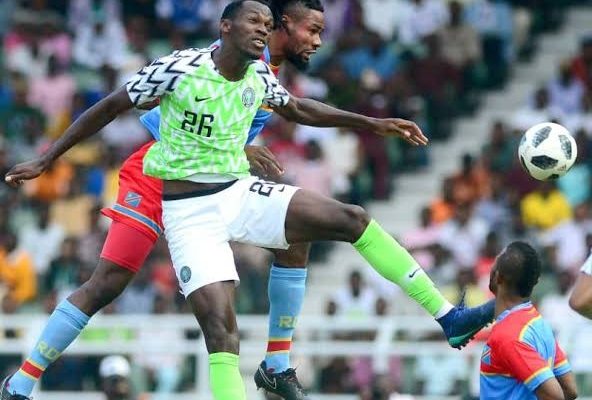 In-form Crotone striker Simy Nwankwo has confessed that he cannot stop supporting the Super Eagles even if the head coach Gernot Rohr believes he’s not good enough to make the squad.

Simy has enjoyed a spectacular season in Serie A despite Crotone’s struggles in the Italian top-flight.

Serse Cosmi’s side are doomed for demotion, but Simy is flying high among the top scorers in Serie A.

In fact, since early March, no striker in any of the top five leagues in Europe has notched more goals than Simy, who is now the top-scoring Nigerian in the Serie A.

Still, Rohr snubbed the ex-Gil Vicente man when assembling the squad for the African Cup of Nations qualifiers in March.

But Rohr has not hidden his preference for club-less Ahmed Musa, retired Odion Ighalo, and Almeria’s Umar Sadiq ahead of the prolific Simy.

Simy has always dreamt of being a part of the national team set up, but the 28-year-old has revealed that he would not be bothered should Rohr continue to ignore him.

“I won’t say I am bothered about the Super Eagles. As a Nigerian, I am a fan of the national team. We are all born to be fans of the Super Eagles,” he told BBC Sport Africa.

CHECK IT OUT:  Ladipoe – Know You ft. Simi

“I share the same dream and ambition of every young footballer to one day represent the country. But it’s not in my hands; it’s not something I can control.

“I focus on the only thing that I can control, which is my day-to-day performances, improvement, becoming better every day, working hard, and doing the things I have to do for my club.

“That’s the only thing that I am able to control. What happens in the Super Eagles is out of my control.

“If it happens again, it happens, and if not. Life goes on. I am not worried.”

The Super Eagles open their World Cup qualifying campaign in June, and Simy would hope his exceptional performances in the Serie A would be enough to convince Rohr to change his mind about him.