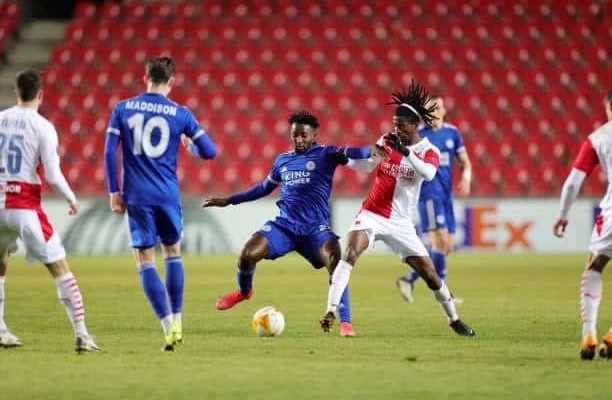 The Czech Republic topflight still has four games to go, but the red and whites are already champions after thrashing Viktoria Plzen on Sunday

Peter Olayinka has won his third Fortuna Liga (Czech First League) title with Slavia Prague in as many years following the 5-1 victory over Viktoria Plzen.

Olayinka joined Slavia from Gent in 2018 and has won the league title in each of the seasons he has spent at the club so far.

Although there are still four games to go this season, Slavia’s 5-1 thrashing of Plzen means takes them 16 points clear of Jablonec in second place.

Olayinka did not score on Sunday, but he played an important role in the title win. The 25-year-old has scored six goals and provided three assists in 21 league games for the Red and Whites.

It’s been a brilliant season for Slavia overall. The Czech champions reached the Europa League quarter-finals, where they were beaten by Arsenal, but they beat Leicester City and Rangers before reaching that stage.

They are also still in with a chance of winning the league and cup double as they face rivals Sparta Prague in the semifinals of the Czech Cup.

CHECK IT OUT:  See How Nigerians Are Reacting To The Arrest Of Shina Peller