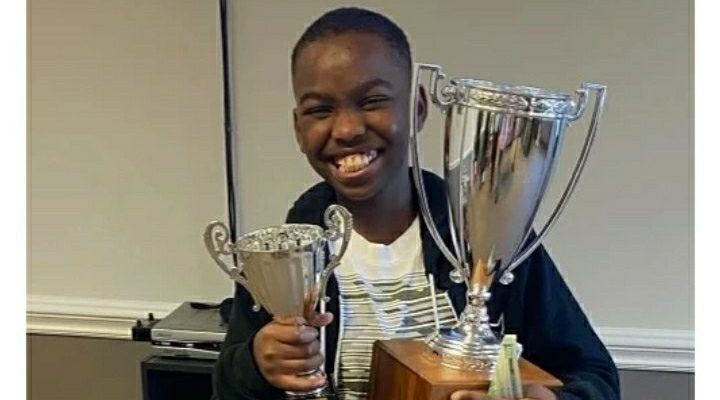 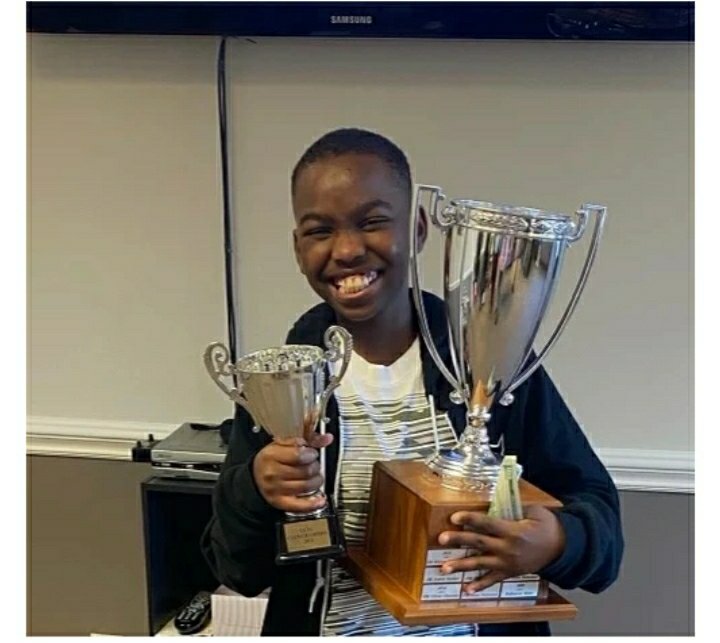 Tani Adewumi, a Nigerian refugee in the US, has won another chess competition to officially become a national chess master at 10.Tani, whose family fled Nigeria over Boko Haram crisis, came into limelight in 2019 after winning the 2019 New York chess championship while living in a homeless center on religious asylum.His story touched hearts and a GoFundMe page was created for him. A total of $254,448 was raised, which helped the chess prodigy and his family to move into an apartment.Tani’s success continued and it was announced earlier in the year that he will compete in the Chess Club of Fairfield County (CCFC).The competition held on May 1 and Tani snagged the national title.Nicholas Kristof, a columnist for New York Times, confirmed the latest feat on Twitter.According to the US chess federation, the national chess master title is for any player who reaches a “2200 rating”.The US body overseeing chess competitions adds that “Less than one percent of rated players hold the title. An Original Life Master is a National Master who played 300 games with a rating over 2200” points amassed from games. 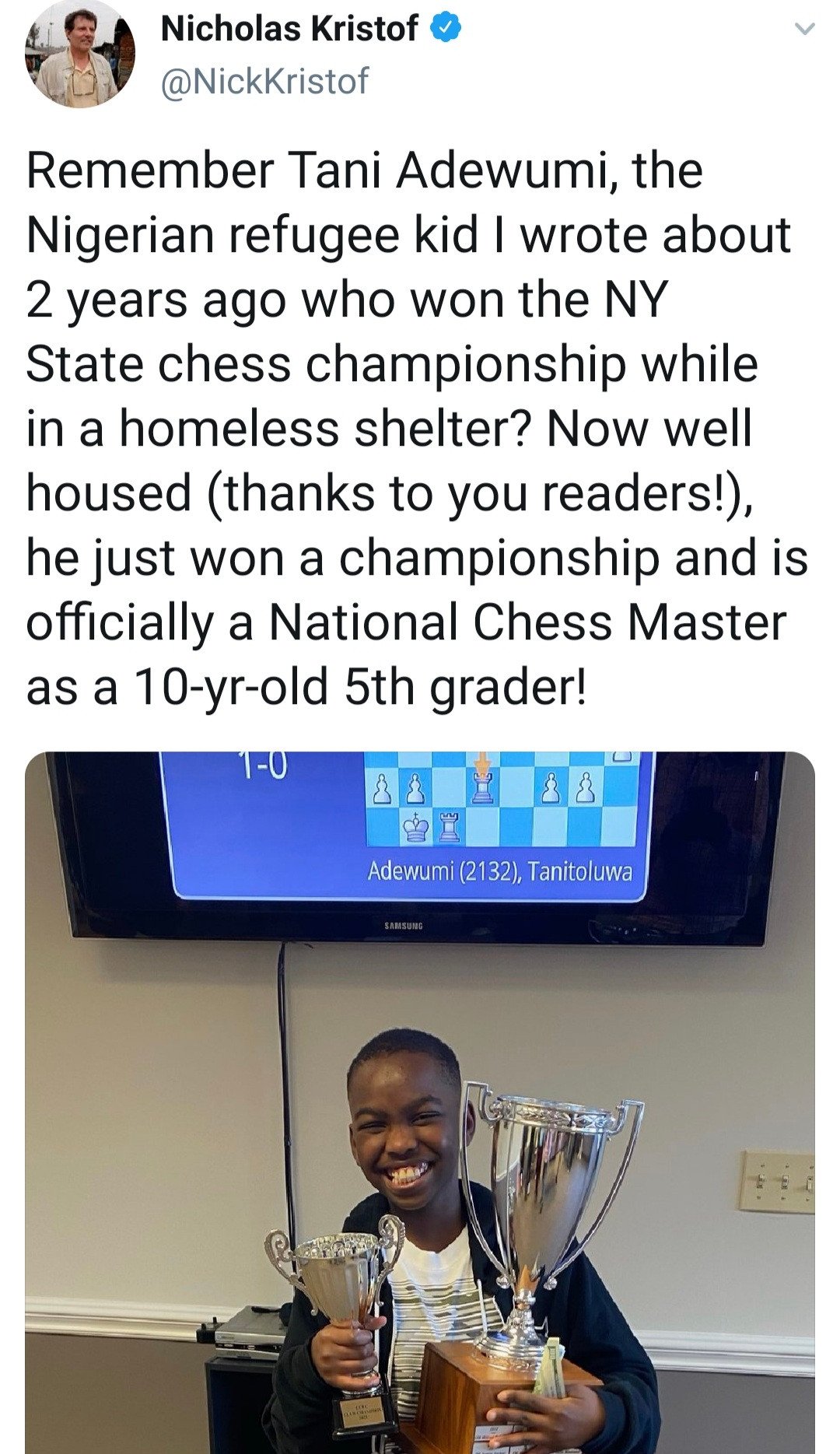 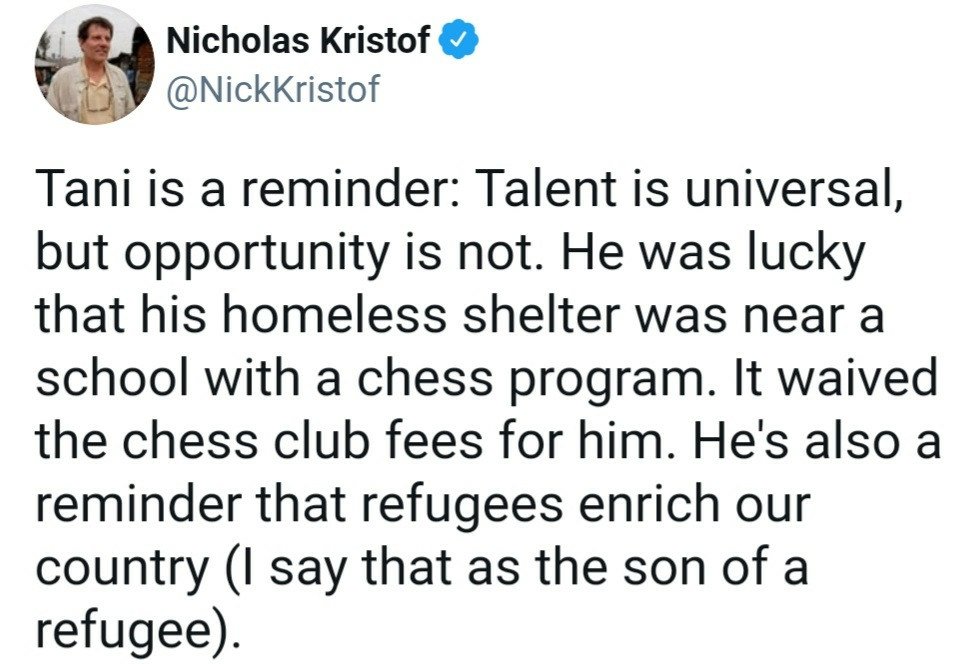 CHECK IT OUT:  Nigerian boy breaks two records in his school in the U.S