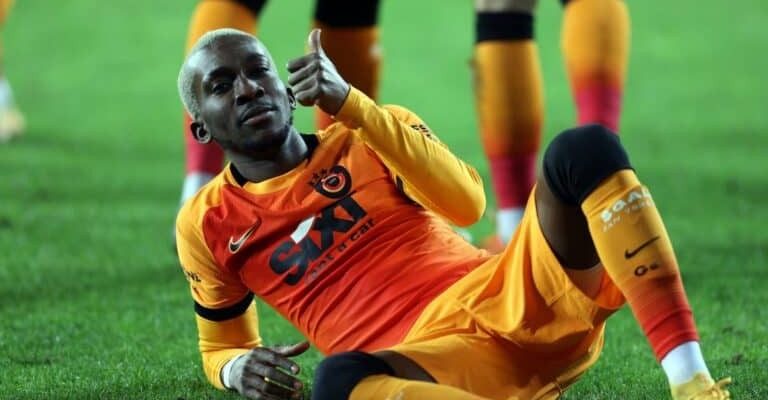 After spending nearly two weeks out on the treatment table, the on-loan Monaco winger is back on the training ground with his teammates

Galatasaray are working round the clock to get Henry Onyekuru match fit in time for their potential title-deciding faceoff against Besiktas in four days.

It was a terrible month of April for Onyekuru, who lost his mother on the seventh, only to suffer a hamstring problem ten days later.

The 23-year-old winger’s last game for the Yellow-Reds was in the 3-1 away win at Goztepe. In Onyekuru’s absence, Galatasaray carved out an impressive three victories in their last four matches to reignite their once-fading title hopes.

Ahead of their Istanbul derby clash against leaders Besiktas, Galatasaray sit third on the Super Liga table, six points behind their fierce rivals with only three more matches left this season.

A win would put Fatih Terim’s men back in the race for the league title, and the club is doing all it can to get its best players ready for the encounter.

Onyekuru returned to training on Monday, after putting behind him his mother’s death and his injury. But the Nigerian forward trained alone, away from the rest of the group.

The on-loan Monaco ace has scored five goals in twelve matches since rejoining the Turkish giants for the third time in January.

In 350 previous clashes between the two Istanbul rivals, Galatasaray hold that advantage with 124 wins, Besiktas have claimed 112 victories while another 114 games have ended without a winner.

CHECK IT OUT:  Big Brother Naija Ex-housemate, Releases New Photo With No Pants On