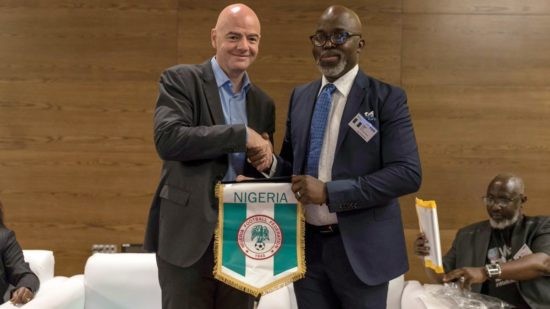 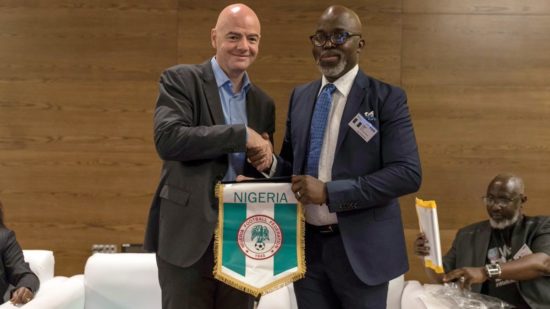 President of the Nigeria Football Federation (NFF), Amaju Pinnick, revealed yesterday that talks were on with Argentine and Romanian officials on the possibility of both countries featuring in the competition, which is one of the programmes the FIFA Council member plans to deploy in his bid to make Lagos Africa’s number football city.

The NFF president said the inclusion of Argentina and Romania would expand the scope of the tournament, which is Nigeria’s direct gain from his recent election into the FIFA Council.

He said the Aisha Buhari tournament is in line with his mission to build a sustainable football culture for Nigeria, which would lead to a robust soccer industry that could contribute significantly to Nigeria’s Gross Domestic Product (GDP).

He said, “Argentina and Nigeria have a cordial football rivalry, which has seen both countries in many international contests in recent times.

“We believe that participating in the First Lady of Nigeria Invitational Tournament will further strengthen the ties between Nigeria and Argentina.”

“Cameroun and Ghana are some of the strongest footballing nations in Africa. Cameroon played in the final of the African Women Nations Cup against Nigeria in 2016, while Mali played in the bronze medal match at the 2018 edition in Ghana.

CHECK IT OUT:  Even When Am Sick, He Opens My Leg And Starts Making Love – Wife Seeks Divorce From Husband

“South Africa came second in the 2018 competition, which Nigeria won, while Morocco is one of the strongest women nation teams in North Africa. The Moroccans will host the 2022 African Women Nations Cup,” Falode said.

Falode added that the organisers would explore the possibility of deepening the socio-cultural ties among the participating nations.