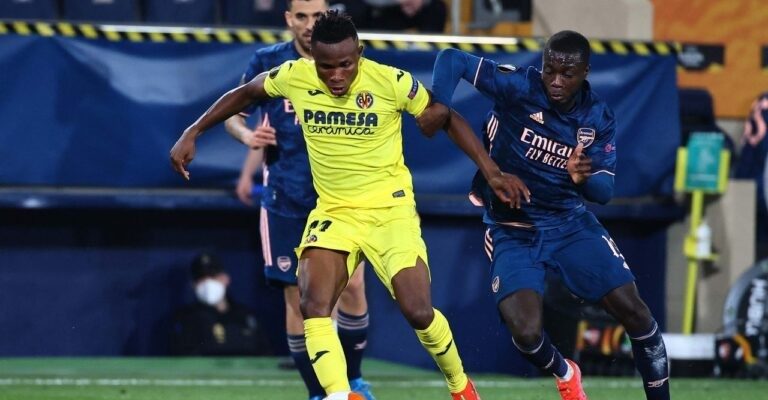 Samuel Chukwueze could become just the seventh Nigerian to play in a major UEFA club competition final when Villarreal take on Arsenal in the second leg of their Europa League semifinal clash at the Emirates on Thursday night.

Chukwueze could also become the fifth Super Eagles star to play in the final of the UEFA Cup/Europa League should Villarreal see off the challenge of Arsenal.

The Yellow Submarines take a slender lead to the Emirates following their 2-1 victory in the first leg at the Estadio de la ceramica last week.

Chukwueze was vital to that win as he set up Manuel Trigueros’ opener. It was the Nigerian’s fifth assist in the competition- the joint highest this season.

Villarreal would have been disappointed not to have scored more last week, but they will be confident going into the second leg tonight.

Chukwueze’s performance will be key for Unai Emery’s men. The 21-year-old has been on a brilliant run of form in recent weeks, and Emery will hope he can keep it up against the Gunners.

Arsenal need a 1-0 win or a two-goal winning margin to progress, but in Emery, Villarreal has a manager with Europa League experience, having won it three times with Sevilla.