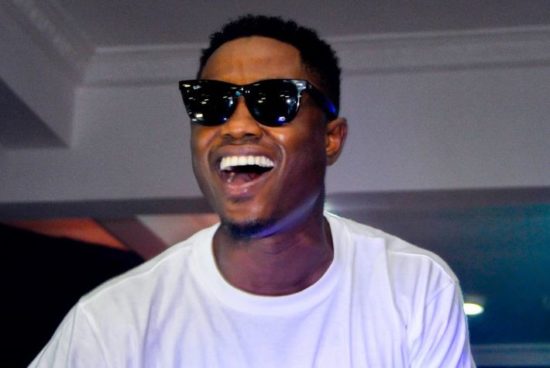 Rapper, Vector, has said his tweet was not aimed at mocking the Adeboyes over the death of Pastor Dare Adeboye.

On May 6, the same day RCCG General Overseer lost his son  Vector had tweeted: ‘ “ If you know you want to see Next year make some noise noooooise “ ‘

He added a laughing face emoji.

Nigerians assumed he was mocking the Adeboyes and they called him out for it.

He has now said his tweet had nothing to do with the Adeboyes.

He wrote: “Oh don’t get this wrong… It’s not about church. It’s about a performance I remembered.” 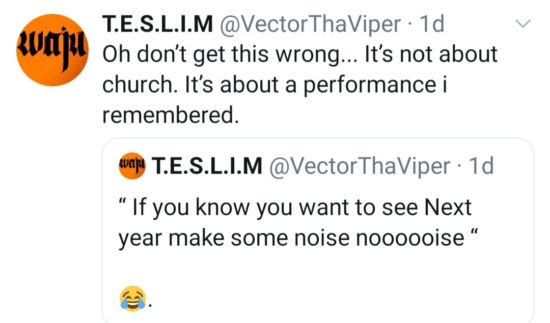 Yet, people didn’t accept his explanation and they continued calling him out. 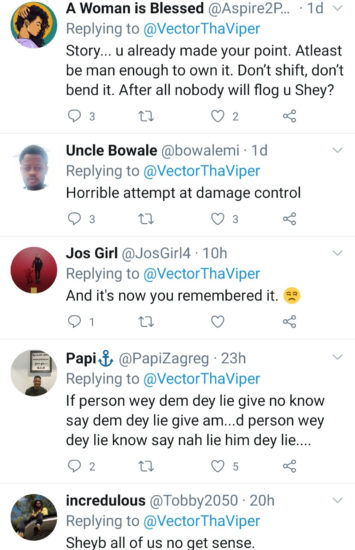 He has now called his critics out, writing: “If you really believe I Ogunmefun Olanrewaju will mock pastor Adeboye because he lost his son, you are a fool.” 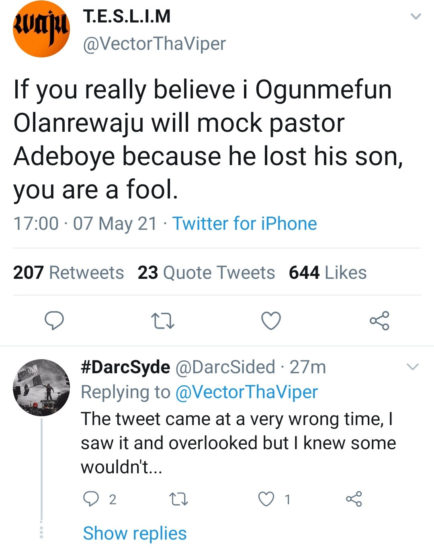 The post Rapper, Vector says he did not mock Dare Adeboye’s death with his tweet appeared first on .

CHECK IT OUT:  LMAO!! Soldiers Deal With A Masquerade Who Harassed Them For Money In Lagos (Watch Video)