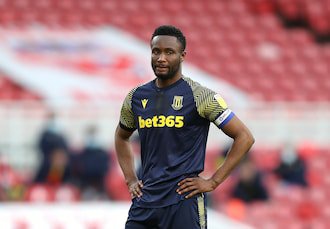 Shehu Sani expressed happiness to see Ahmed Musa making a return to the Nigerian League after years in Europe as he will be playing for former NPFL champions Kano Pillars.

Former Leicester City star Ahmed Musa had to return to Kano Pillars following his inability to secure a deal with an European club during the transfer window.

While speaking on his official social media page, Shehu Sani explained that Mikel Obi should also think about playing in the Nigerian topflight. 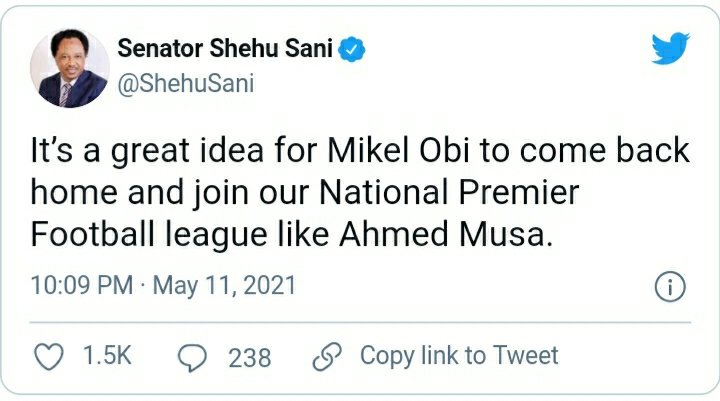 There is no doubt about the fact that Mikel Obi is the most decorated Nigerian player in history thanks to all the titles he won while playing in the Premier League with Chelsea.

From 2006-2017, Mikel Obi played 249 games for Chelsea netting one goal winning the Premier League, FA Cup and Champions League with the Blues.

Before joining Chelsea, Manchester United were also interested in Mikel Obi and he was even unveiled before he moved to Stamford Bridge.

Meanwhile, John Obi Mikel currently plays for Stoke City in the Championship and the Nigerian has been superb since he joined them.

CHECK IT OUT:  New Dawn For African Football As Motsepe Becomes New CAF President With Pinnick Elected As Vice