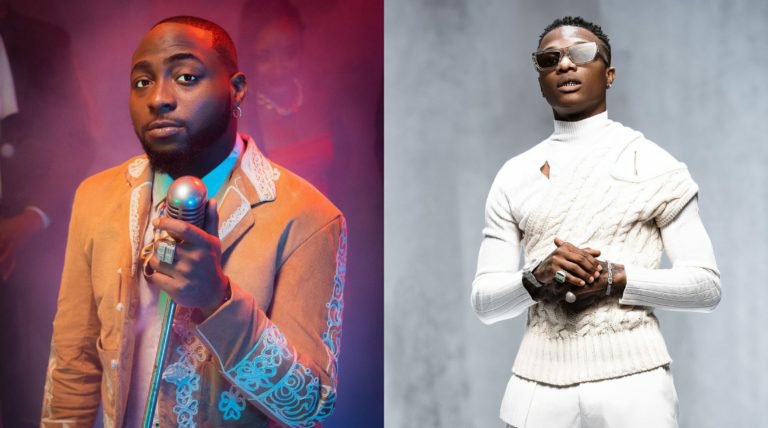 Wizkid’s “Made In Lagos” album and Davido‘s “A Better Time” have both been nominated for the 27th South African Music Awards (SAMA).

The South African Music Awards’ official Twitter page announced the news on Wednesday, May 19, 2021, with both artists nominated in the category of ‘Rest of Africa,’ which includes other African artists who are not South Africans.

Other artists in the category and their projects include; “Midnight Train” by Sauti Sol, “Unity Album” by Buffalo Souljah, and “Songs in The Key of Love” by Berita. 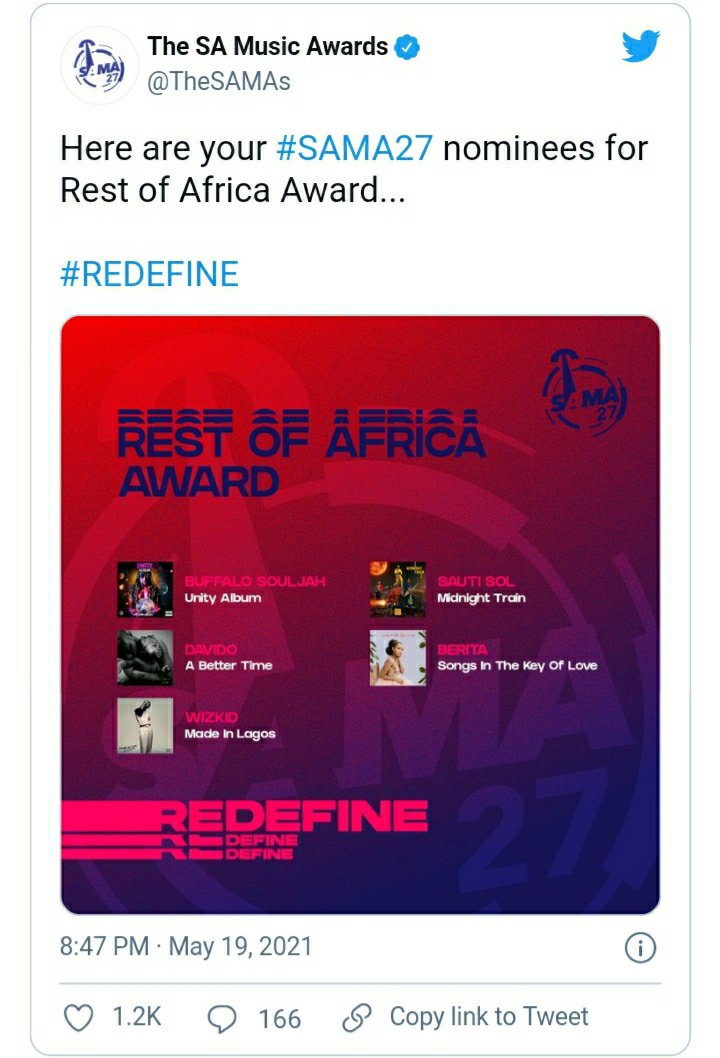 CHECK IT OUT:  TOO BAD!! LASU Student Rapes 2 Muslim Virgins At Gunpoint (Photo)