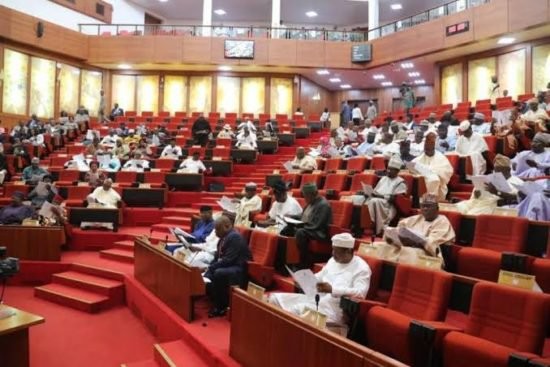 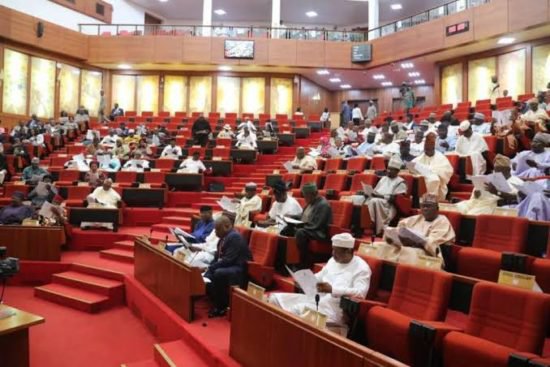 The Senate on Wednesday considered a bill that seeks to prohibit the payment and receipt of ransom for the release of any person kidnapped, imprisoned or wrongfully confined..

According to the bill, Nigerians who pay ransom to kidnappers and kidnappers who receive ransom risk 15 years imprisonment.
.
The Terrorism Prevention (Amendment) Bill, 2021, which scaled second reading during plenary is sponsored by Senator Ezenwa Francis Onyewuchi.
.
Leading debate on the bill, the lawmaker said the piece of legislation seeks to amend the Terrorism (Prevention) Act, 2013 to outlaw the payment of ransom to abductors, kidnappers and terrorists for the release of any person who has been wrongfully confined, imprisoned or kidnapped.
.
According to Onyewuchi, the bill essentially seeks to substitute for section 14 of the Principal Act a new section to read, “Anyone who transfers funds, makes payment or colludes with an abductor, kidnapper or terrorist to receive any ransom for the release of any person who has been wrongfully confined, imprisoned or kidnapped is guilty of a felony and is liable on conviction to a term of imprisonment of not less than 15 years.”
.
He raised alarm that kidnapping has become a fast and lucrative business, adding that, “it has now remained the most virulent form of banditry in Nigeria and the most pervasive and intractable violent crime in the country.”
.
Continuing, the Senator said, “Kidnapping is on the increase in Nigeria and it is prevalent across all the geopolitical zones.
.
“Some blame the rise of this criminal activity on poverty, religion, politics, deficiency of existing laws, unemployment, connivance of security agents, corruption, and greed among others.
.
“Our unemployed youths are also turning out to kidnapping to get money (ransom) as a survival strategy.

CHECK IT OUT:  Hate Speech Bill Is A Crazy Idea – Bishop Oyedepo

The post Nigerian Senate Proposes 15 Year Jail Term For Anyone Who Pays Ransom To Kidnappers appeared first on .