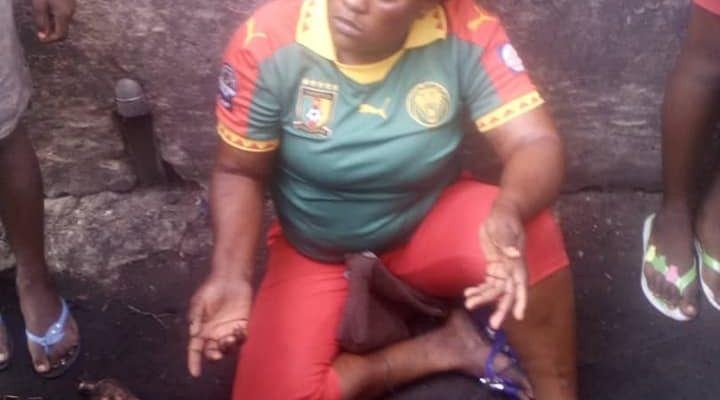 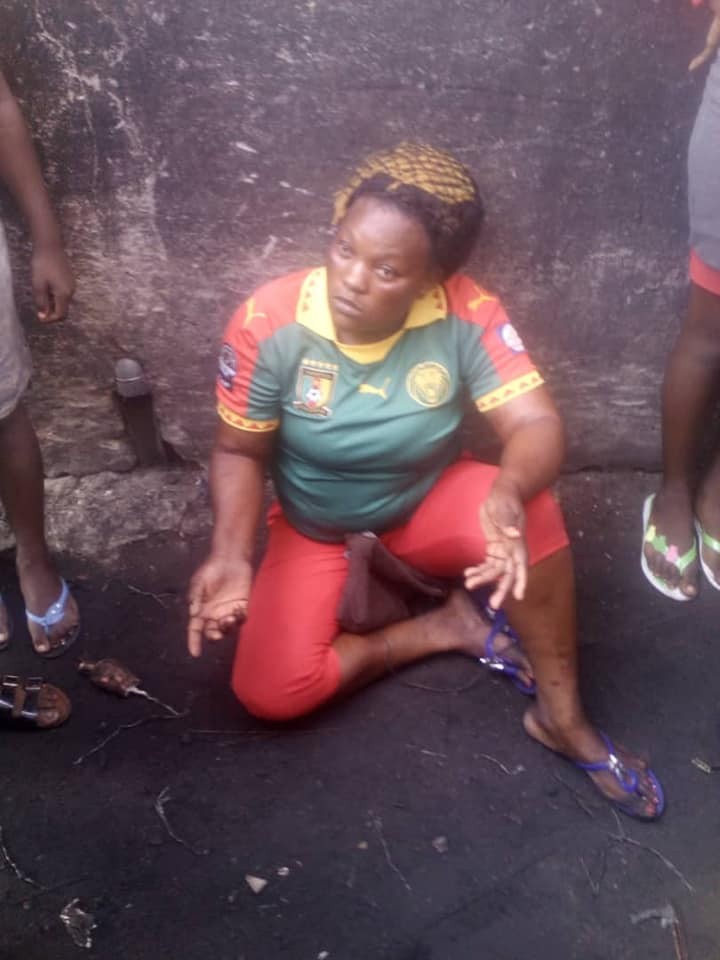 Woman Receives Items, Cash To Start A Business After Being Mobbed For Stealing (Photos)

A Cameroonian woman who was humiliated for stealing food spices has become a businesswoman after she received help from generous social media users, IgbereTV reports.

IgbereTV gathered that the woman was mocked and almost lynched by an irate mob few days ago after she was caught stealing food spices at Ndogpassi markets market in Douala.

Photos of the incident went viral. After the incident, a French speaking Cameroonian blogger, N’zui Manto Officiel launched an online campaign to raise funds and establish a business for her.

Taking to Facebook on Thursday, May 20, the blogger shared photos of a refrigerator, food items, other goods and cash handed to the woman to start her own business.

Sharing photos of the woman with her gifts on Facebook, Mwalimu McMua Kum Paul wrote;

“FROM NEAR VICTIM OF MOB JUSTICE TO A BUSINESS WOMAN
She was arrested a couple of days ago in Douala for having stolen spices to cook food. Social media users who took pity on her pressed for funds to be raised to give her a business. Today, she has been offered a refrigerator and business items to start up.
The donors have also cautioned that their gesture is not intended to encourage stealing but rather rather to alleviate a situation that has been forced on the lady by the leadership of Cameroun through embezzlement of state funds and economic retrogression.” CHECK IT OUT:  ‘Don’t add womanizing to your hustle; it slows down blessings’– Lady tells men