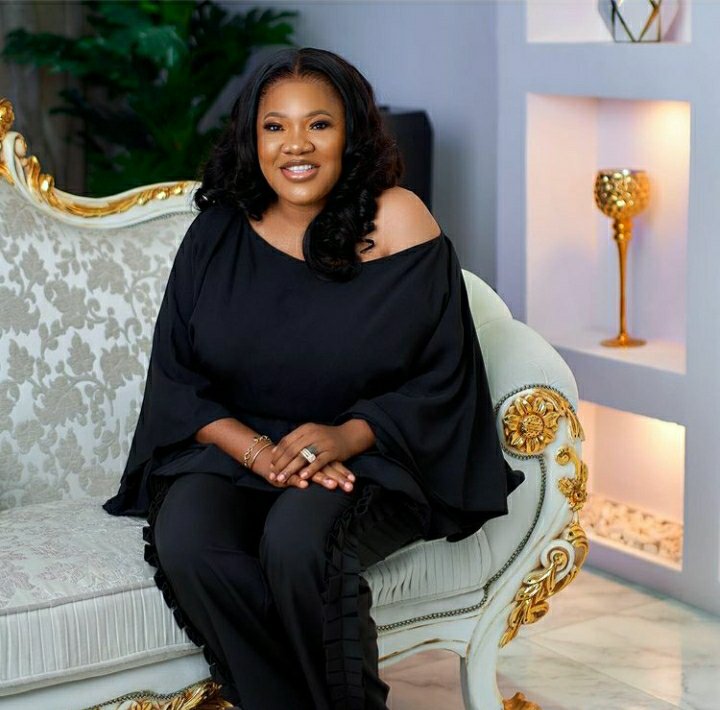 Nollywood actress Toyin Abraham recently shared a life nugget with her fans on social media. Toyin spoke on why she doesn’t pay attention to what people say about her

Recall that Lizzy Anjorin dragged Toyin on social media in 2019 and made a lot of claims about the mother of one. While Toyin replied to some, she ignored others.

After Lizzy put to birth, the businesswoman made a video where she said Toyin was gossiping about her and called her child an imbecile.

Taking to her Instagram page, Toyin stated why she ignores some of the things said about her.

“… most times, I do not respond to a lot of things not because I do not see them, but because I believe they are better ignored than engaged.”
Read the full text below: 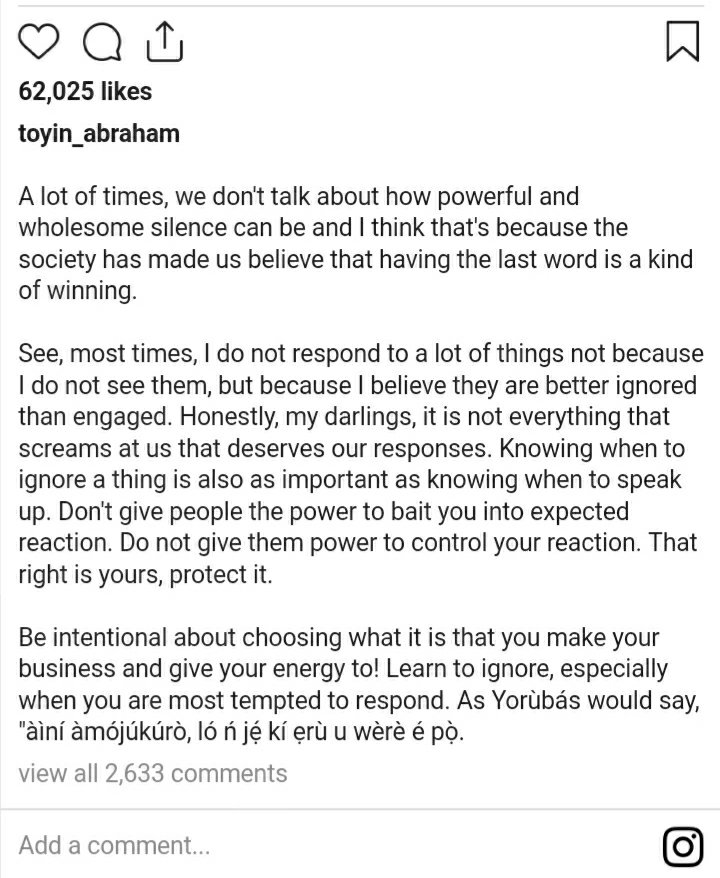 The post Toyin Abraham Finally Shares Why She Ignores Those That Rant About Her on Social Media appeared first on .

CHECK IT OUT:  Senate Presidency: Our Decision On Lawan Is Final, PDP’s Votes Are Unnecessary – APC