Home
NaijaCover
What next for the Super Eagles’ loan army?

Several Nigerians were shipped out on loans by their parent clubs at the start of the just concluded league seasons.

However, twelve months on, their immediate future is still very much undecided.

Deemed surplus to requirements last summer at Chelsea, former Nigerian international Victor Moses packed his bag and left for Russia, where he teamed up with Spartak Moscow.

It turned out to be an inspired move as Moses once again showed his true qualities as a wing-back, contributing four goals and two assists to help Sparta finish second in the Russian Premier League and qualify for the UEFA Champions League.

And the Russians did not waste time in committing the 2013 Afcon winner to a permanent contract.

But many Super Eagles stars were not as lucky as the former Wigan hero.

Ola Aina swapped Serie A strugglers Torino for newly-promoted Fulham and was one of the Londoners’ most consistent performers during a challenging campaign.

Nigerian striker Josh Maja also joined Scott Parker’s side in the winter on loan from Bordeaux, intent on adding some needed firepower to the White’s lame attack.

Added to the guile and intelligence of Nigeria-eligible winger Ademola Lookman, on-loan from Leipzig, Fulham looked like a side with enough steel to avoid the drop.

But despite the impressive contribution of their Nigerian contingent, Fulham were relegated to the lower league, shattering the club’s plans of retaining the services of their loan stars.

Meanwhile, it was a different kind of pain for Henry Onyekuru and Oghenekaro Etebo at Galatasaray.

CHECK IT OUT:  Comedian, Ogusbaba buys his wife a Lexus SUV automobile

Galatasaray missed out on the Turkish league title to Besiktas on the last day of the competition, leaving their Nigerian duo disappointed and out in limbo.

The Yellow-Reds have the option of outrightly buying Monaco-owned Onyekuru but could lose the 23-year-old to a more pragmatic Fenerbahce in the coming days.

Etebo will likely return to Stoke City at the expiration of his temporary deal, with Galatasaray not keen on keeping the energetic midfielder.

But the English side still considers the Super Eagles star surplus to requirement, so he may need to start searching for a new home.

While Tyronne Ebuehi showed he’s back to his best following a brilliant campaign in the Netherlands, FC Twente decided against retaining the full-back’s services permanently.

Ebuehi returns to fight for a starting shirt at Benfica or gets sent out on another loan spell by the Portuguese club. 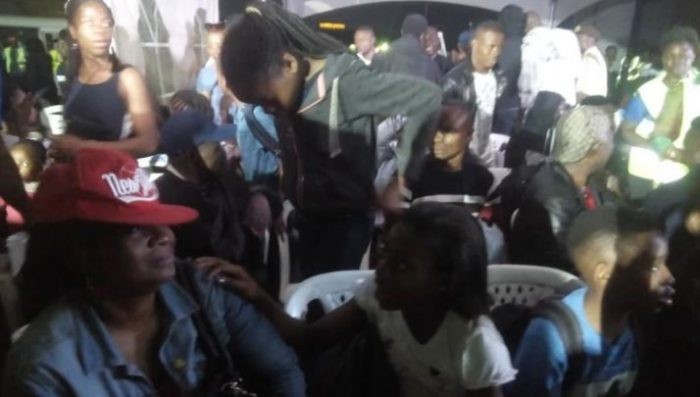 Loading... The News Agency of Nigeria (NAN) reports that the …

A mother in New York has unknowingly infected her 17 …