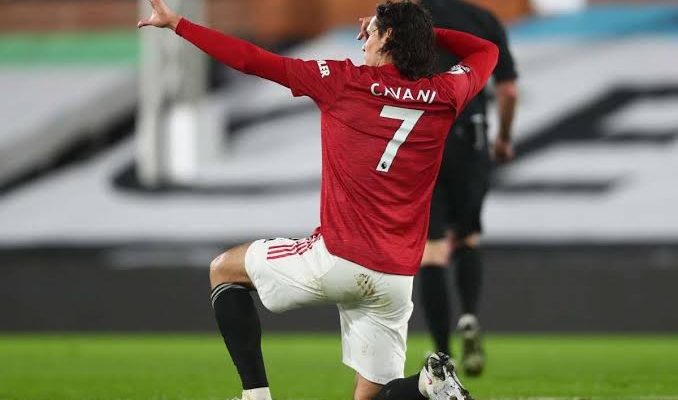 Moffi believes Cavani is a different breed of striker blessed with an elite mentality.

Cavani has been excellent for Man United since joining the side in January, scoring goals for fun and helping the Red Devils finish runner-up to rivals Man City in the just concluded English Premier League.

The former PSG man was at it again on Wednesday night when he stabbed home United’s equalising goal against Villarreal in the final of this season’s Europa League.

The Yellow Submarines, even in the absence of star winger Samuel Chukwueze, eventually triumphed 11-10 on penalties after full-time scores ended 1-1 to lift the club’s first European trophy.

But Cavani had done enough to draw out positives from Moffi.

The former Kortrijk ace could make his international debut for Nigeria in the coming days as Super Eagles head coach Gernot Rohr has invited him for the side’s friendly clash against Cameroon next week.