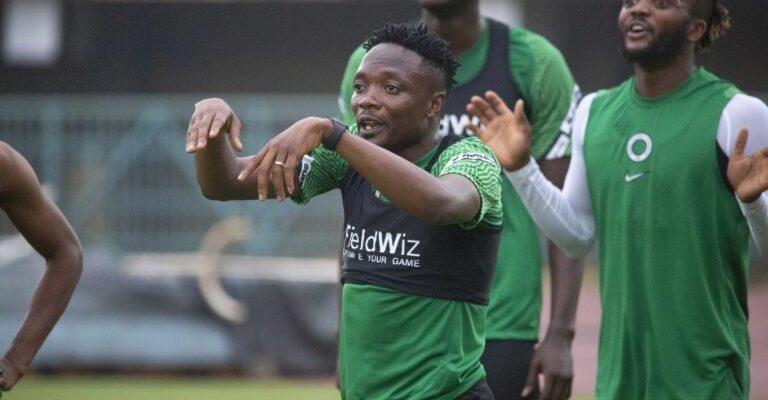 The Super Eagles skipper is one of the two surviving member of the Nigerian team that won the continental trophy eight years ago, and he wants one more before calling it quits

Ahmed Musa has revealed that the Super Eagles have set the target of lifting the Africa Cup of Nations to be hosted in Cameroon next year.

Alongside Leganes defender Kenneth Omeruo, Musa was a member of the Joseph Yobo-skippered Nigerian squad that won the country’s last Afcon trophy at South Africa 2013.

A defeat to eventual winners Algeria in the semifinals of Afcon 2019 in Egypt stopped the Super Eagles from adding to their three continental triumphs two years ago.

But Musa is convinced that the experience gained in the land of the Pharaohs will be an added advantage for the Gernot Rohr-led side when they land in Yaounde next year.

The former Leicester City ace says his colleagues in the national team showed the winning mentality with victories against the Benin Republic and Lesotho even when Afcon qualification had already been secured.

“During our last two AFCON qualifiers against Lesotho and Benin Republic, I spoke with the boys and said we needed to set our target,” the Kano Pillars star told the Punch.

“What do we want to achieve at the tournament? Is it just to qualify and go there, or we want to go and win?

“We went to Benin, and we won, which was very good for us, and after the game against Lesotho, I said we had qualified, and our target now was the Nations Cup.

CHECK IT OUT:  S*x-For-Grades: FG Set To Collaborate With Police And NUC To Address S*xual Harassment

“At the last tournament in Egypt, we finished third, and now we have a lot of experience in the team, we are going to Cameroon, and I believe we will do something big and not just to go there, but to bring the trophy back home.”

The West African nation then secured their second triumph at Tunisia ’94 before the late Stephen Keshi guided the team to glory in 2013.