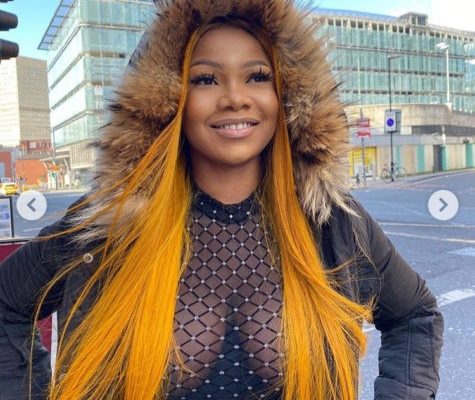 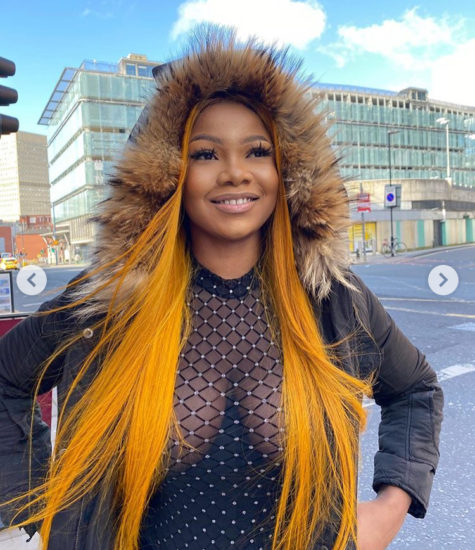 It would be recalled that Tacha made headlines some hours ago after she insisted that the reality show did not help her life.

This statement sparked a lot of reactions from fans with some slamming Tacha for being an ingrate.

Kemi Olunloyo while reacting to the news has now urged Tacha not to berate the reality show as she does not know what lies ahead.

The popular journalist urged Tacha to disassociate herself from rude fans who are trying to put a stain on the good name she has built herself in the entertainment industry. 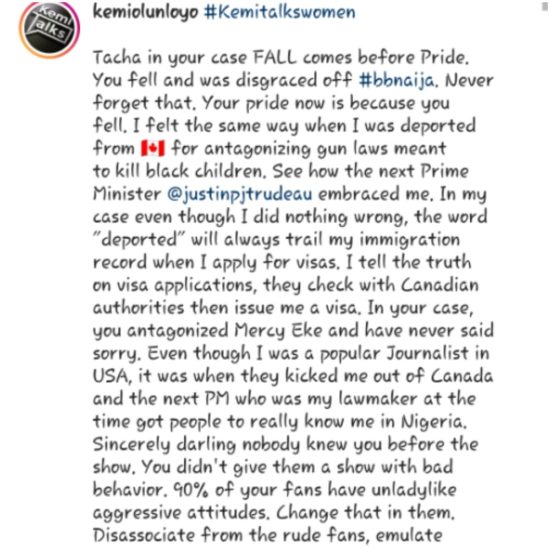 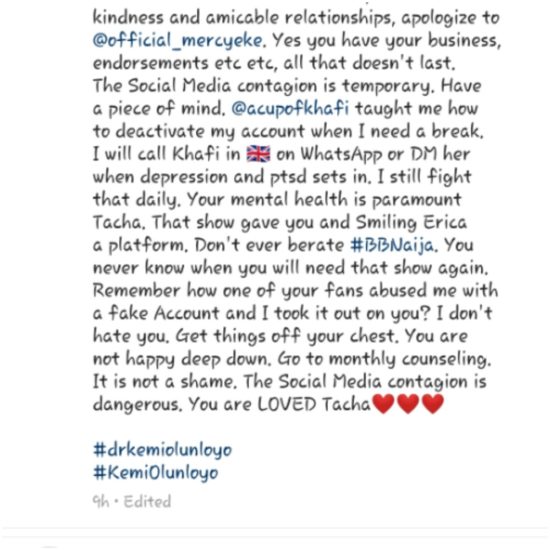 CHECK IT OUT:  See What Jurgen Klopp Said After Liverpool’s Draw With Atletico Madrid In Champions League