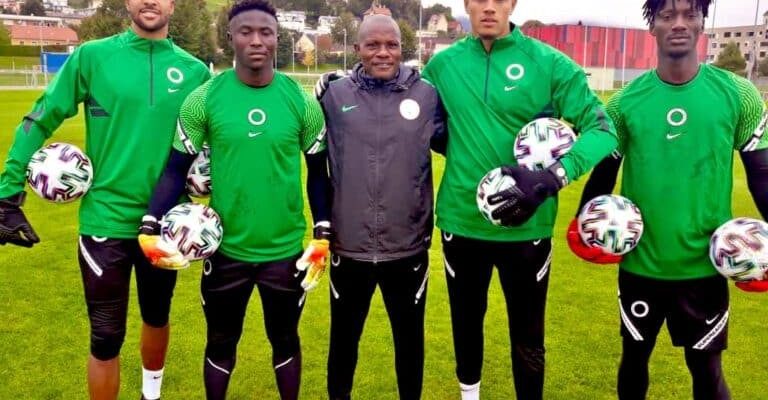 Three new players made their debut for the Super Eagles in the loss to Cameroon, but they are set to lose another prospect to Austria

One time Super Eagles invitee Tobias Okiki Lawal made his debut for Austria’s U21 side, fuelling reports he has committed his international future to his country of birth.

The 20-year-old was born in Austria, but he qualifies to represent the Super Eagles through his parents. Lawal was part of the players invited for Nigeria’s friendly games against Algeria and Tunisia in Austria last October.

Although he never got to play, it was hoped that the LASK goalkeeper would be part of future Super Eagles engagements.

However, it appears he has decided to ditch the three-time African champions for Austria, which happens to be his country of birth.

The 20-year-old made his debut for Unsere Burschen U21 team in their 2-1 victory over Slovakia’s U21 on Thursday.

Lawal played for the first 45 minutes of the encounter. It’s his third cap for Austria’s youth teams, having made an appearance each for the U20 and U19 side.

CHECK IT OUT:  “Your Mother Did Not Teach You”- Tboss Slams Follower Who Complained About Her Outfit