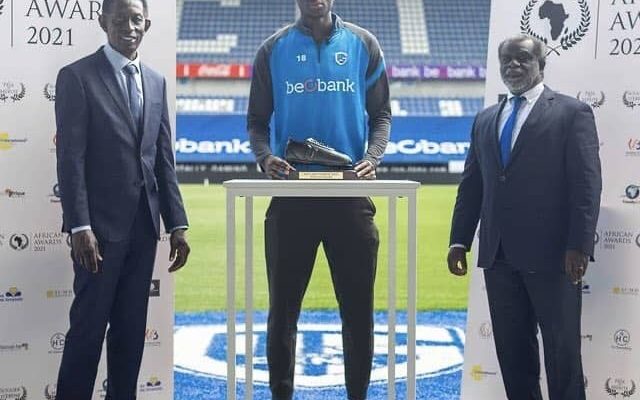 Paul Onuachu has won the Ebony shoe award, becoming the first Nigerian to win the prize since Babayaro won it in 1996.

The Ebony shoe award is an award given to African players or players of African origin playing in Belgium’s Jupiler League.

Onuachu is now the fourth Nigerian to win the award after Babayaro, Okpara Amokachi, who won the inaugural award in 1992.

The 27-year-old fully deserved the award after a brilliant season in Belgium. The former Midtjylland striker scored 35 goals in all competitions to help Genk win the Belgian Cup and finish second in the league.

Onuachu scored 33 league goals for Genk in the just-concluded season- the most any player has managed in the Belgian top-flight this century.

CHECK IT OUT:  Yahoo Yahoo Among Nigerian Youths, A Cause For Alarm (A Must Read)