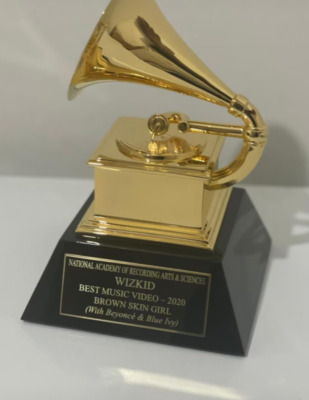 Die-hard fans of award-winning artiste, Wizkid have gained their full ‘bragging’ rights after the singer finally received his Grammy plaque.

36ng earlier reported that Wizkid received his own plaque just few weeks after his colleague in the music industry, Burna Boy got his own.

Wizkid, however, took to his Instagram story to share more pictures of his newly arrived plaque. He won this after he was featured alongside Blue Ivy on Beyonce’s hit song, “Brown Skin Girl”. 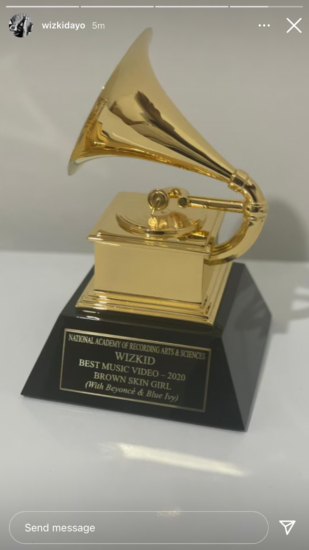 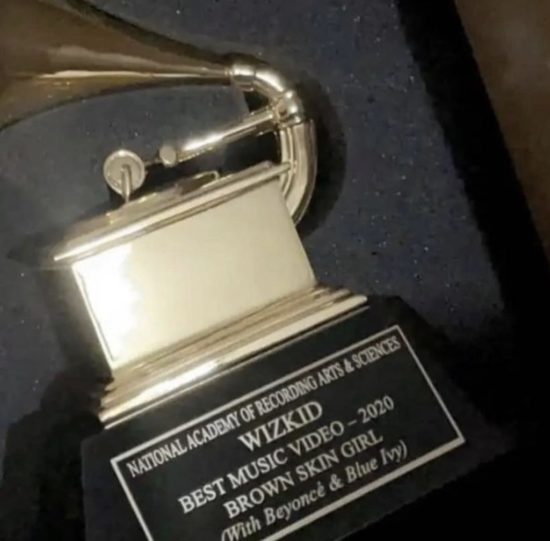 In reaction to this, WizKid’s fans wrote on social media:

@thefrogkiller: “If Wizkid FC can’t take our pound of flesh in Bant today, we are cowards. ALL THEIR OLD TWEET MUST BE QUOTED WITH WIZKID’S GRAMMY PLAQUE.”

@_ManLikeAJ: “Wizkid got his grammy plaque and there was no noise, he didn’t even make a single post about it on social media, someone got his and started a parade around the city like he won the premier league.”

@thefrogkiller: “One yeye @RealSeunKuti said he was a grammy award nominee, but last time I check he was nominated with his fadas band.

“Wizkid won his grammy as a lead act, hope you’ve seen the plaque.”

CHECK IT OUT:  ‘Order Buhari, Osinbajo And Governors To Publish Their Assets’ – SERAP Tells Court