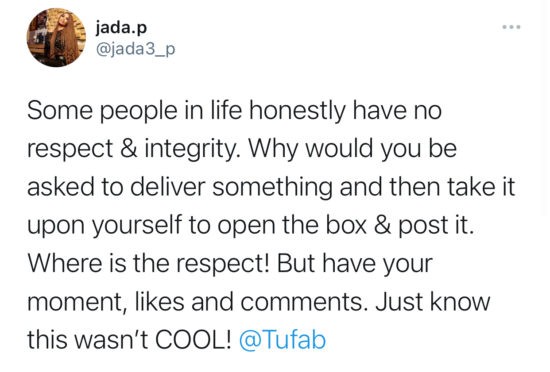 Jada Pollock has called out one of WizKid’s friend, Dr. Tufab, for revealing the singer’s Grammy plaque without his permission.

Recall that the award-winning artiste received his Grammy Awards plaque few days after his colleague, Burna Boy collected his own.

WizKid’s friend, Dr. Fab took to his Instagram page to reveal the Grammy plaque which many fans have been expecting for so long.

Initially, WizKid’s plan was to reveal his plaque at a video shoot of Burna Boy’s upcoming song titled ‘Ballon D’or’ but the whole thing didn’t go as planned.

His babymama, Jada P, however, took to Twitter to blast Dr. Tufab for his actions.

“Some people in life honestly have no respect & integrity. Why would you be asked to deliver something and then take it upon yourself to open the box & post it. Where is the respect! But have your moment, likes and comments. Just know this wasn’t COOL! @Tufab.” 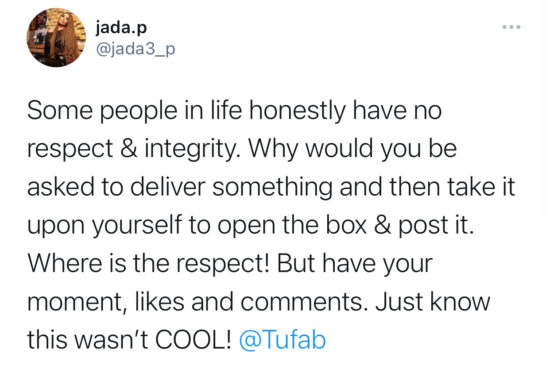 The post “You Have No Respect And Integrity,” Wizkid’s 3rd Babymama, Jada P, Calls Out His Friend, Dr. Fab Over Grammy Plaque appeared first on .

CHECK IT OUT:  Those Who Support Scammers Will Never End Well – Comedian Alibaba Blows Hot