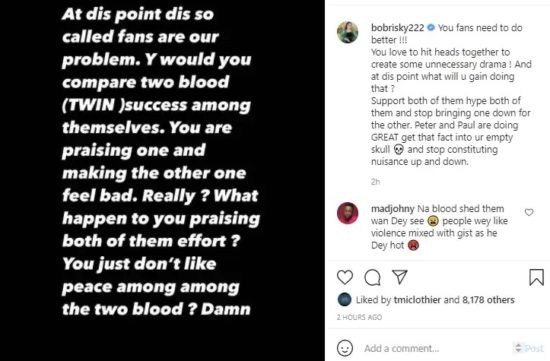 Bobrisky labeled fans as the problem in a recent Instagram post, claiming that they constantly compare the brothers.

People may support both brothers without putting the other down, he urged.

He continued, “You fans need to do better!!! You love to hit heads together to create some unnecessary drama ! And at dis point what will u gain doing that? Support both of them hype both of them and stop bringing one down for the other. Peter and Paul are doing GREAT get that fact into ur empty skull and stop constituting nuisance up and down.” 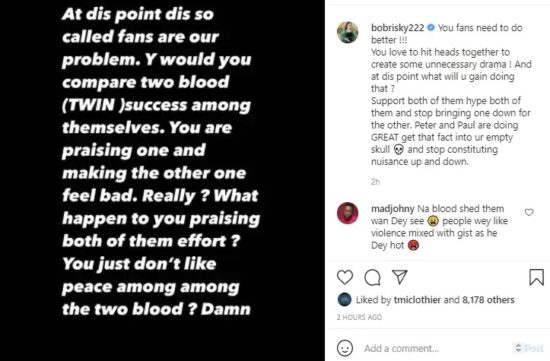 CHECK IT OUT:  UEFA Champions League Streaming Guide: How To Watch All The Matches On Your Android Devices