Seun Kuti declared a few weeks ago that Wizkid does not deserve to be considered a Grammy nominee and that he should quit acting like one.

Seun Kuti reiterates his statement that there are only four musicians in Nigeria whose music has been nominated for a Grammy in a post uploaded on his Instagram story.

According to Seun, an album is not music, but Wizkid will compose music that will be recognized by the Grammys one day.

“There are only 4 musicians in Nigeria whose music has been norminated for the Grammys. If that annoys you its not my fault. Album no be music video. Your favourite will also one day by the ancestor’s grace make music that will be recognized. I am dedicating today to you children.

“Today is the day for the ignorant. I told you. I am the chairman of haters. You don’t want to believe I will prove it today. I am even more petty than you jobless people all over my page. I am a Nigerian. I grew up in KALAKUTA and also an ARSENAL FAN. Una never plenty reach. This one na dragging? You can’t drag me because I no dey una hand like una fav yeyebrities. Una go hear word today. E be like say una wan cry. #getthesax #letsgetignorant #nosensethursday. Also I want to see all of una teacher, you can buy data but u don’t know the difference between album and video?” 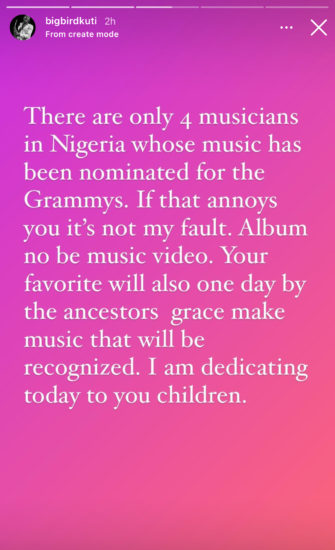 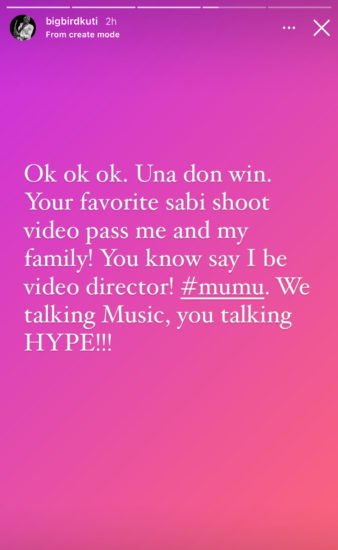 CHECK IT OUT:  I Can Hack Into Any Bank Account – Arrested Footballer