Nnamdi Kanu, the leader of the Indigenous People of Biafra, IPOB, has disclosed why he jumped bail and fled Nigeria. 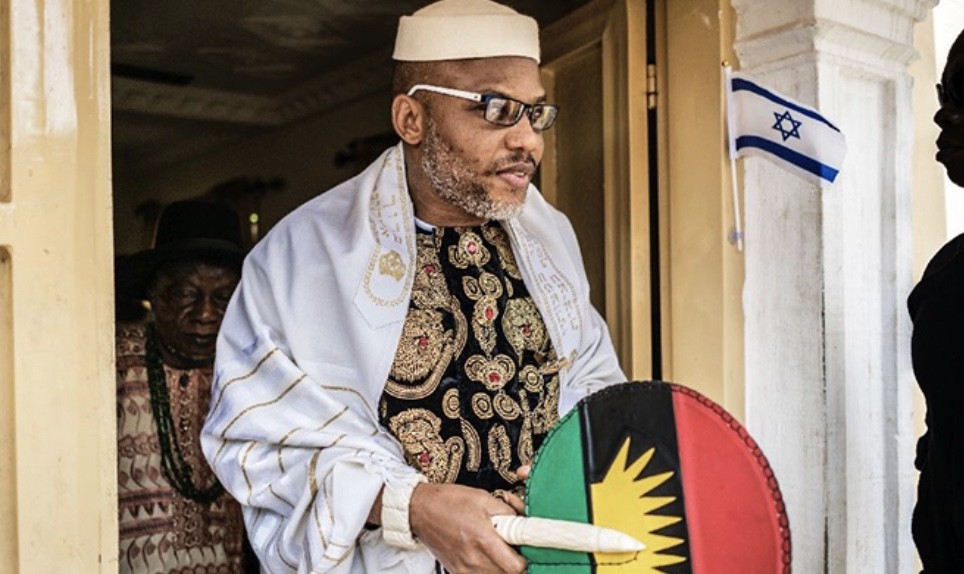 Kanu said he departed Nigeria after his residence was forcibly invaded by security officers and his life was significantly threatened on Tuesday when he appeared in court on criminal accusations of terrorism and treasonable crime.

The self-proclaimed Biafran commander also stated that he and others would have been killed on the day of the invasion if it hadn’t been for his foresight in fleeing the nation.

Kanu’s reaction was sparked by information from the federal government’s attorney, Shuaib Labaran, that Kanu had jumped the court’s bail and fled the country to avoid trial.

Labaran had asked the court for an order remanding Kanu in the Department of State Service’s custody (DSS).

The request became necessary, according to the counsel, because Kanu’s lawyers had not been informed of his re-arrest.

Kanu was remanded in the custody of the DSS until July 26 for the continuation of his trial, which Justice Binta Nyako allowed.

The continuation of the trial was originally scheduled for October 20, 2021, but it was pushed up to July 26, 2021, to allow his lawyers to appear.

Kanu appeared to be treated like royalty as he was escorted out of court.

He was carried away in handcuffs through a special gate reserved for Judges and other high-ranking officials, and then taken to the DSS detention center.

When it was discovered that Kanu had been taken away, the throngs of photographers and cameramen who had gathered to capture him were dismayed.