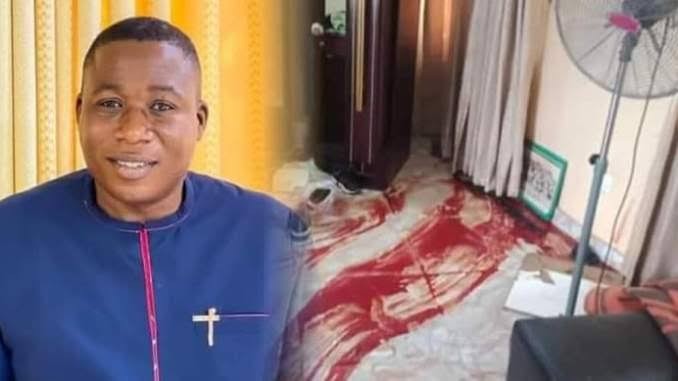 According to his spokesman, Olayomi Koiki, two people were slain in an early morning attack on the apartment of Yoruba rights activist Sunday Adeyemo, also known as Sunday Igboho, in the Soka neighborhood of Ibadan, Oyo State.

“Right now, the situation is dire. Two Yoruba boys were murdered in Chief Sunday Igboho’s home. The military has carried away the bodies of the two people who died. “We have no idea where they were taken,” the aide stated in a Facebook Live Video.

The house was attacked around 1 a.m. on Thursday, according to Koiki, who also claimed the attackers were soldiers.

“I can affirm that the soldiers who arrived are Nigerian Army. “More than a hundred soldiers arrived,” Koiki claimed.

“The scene is highly active,” he continued, “as more security operatives in perhaps seven Nigerian Army patrol trucks have arrived.”

“He (Sunday Igboho) is currently safe,” the spokesman stated.

During the invasion, our correspondent learned that the cars and walls of the house were riddled with gunshots.

The attackers, who were alleged to be dressed in military camouflage, were said to have whisked away some of the house’s residents.

When reached, Adewale Osifeso, the Police Public Relations Officer in Oyo State, said he had also heard of the invasion but would investigate.

CHECK IT OUT:  Messi Reveals Why He Wanted To Leave Barcelona