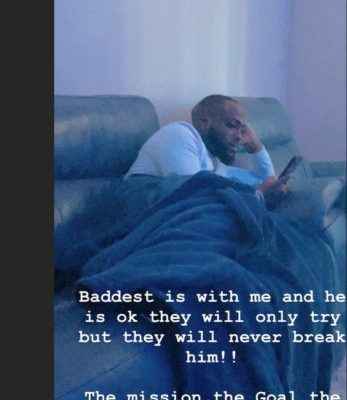 Special Spesh, the hype man for Nigerian musician David Adeleke, also known as Davido, has published a selfie of him just days after his close buddy, Obama DMW, passed away.

Obama DMW, a close acquaintance of pop musician Davido, died after a suspected heart attack, according to 36ng.

Late Obama DMW, also known as Habeeb Uthman, was believed to have driven himself to a hospital in Lekki, Lagos State, on Tuesday to complain about being sick, but he died later that day and was buried the next day, according to Islamic customs.

Despite the mounting concerns and worries expressed by his fans, the phenomenal musician has yet to make a public statement in the aftermath of Obama’s death.

To assuage fans’ fears, his manager, SpecialSpesh, posted a snapshot of him on Instagram, indicating that he’s well.

Sharing the photo, he captioned it; ‘Baddest is with me and he is ok they will only try but they will never break him. The mission, the Goal, the motivation and the skin is different.’ 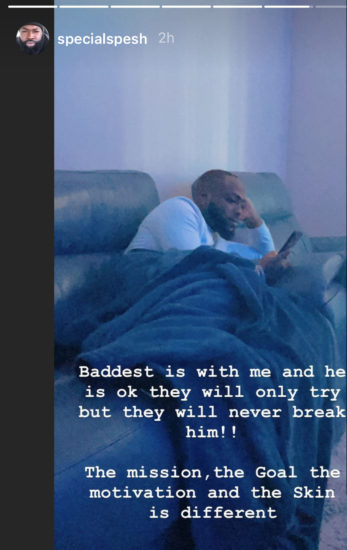 CHECK IT OUT:  After Stealing Her Money To Renovate His Church, Enugu Pastor Kills His Girlfriend For Refusing To Buy Him A Tricycle