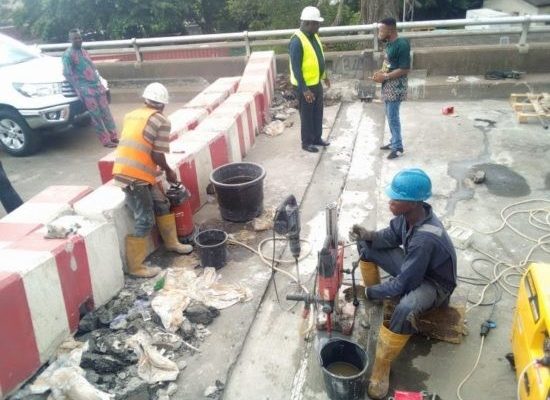 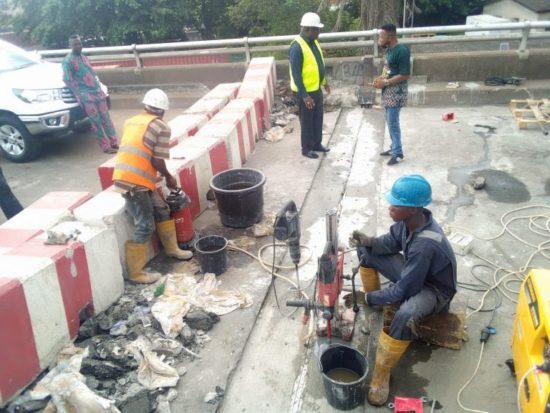 The Federal Government on Friday said it would shut the Ijora ramp of Eko Bridge from midnight, to be able to fix a major expansion joint undergoing rehabilitation.

The Federal Controller of Works in Lagos, Mr Olukayode Popoola, said this during an inspection of the bridge.

He said that construction works on the Costain section of the bridge had been completed, while the entire project was 35 per cent complete.

Popoola said that it was time to continue work on a major expansion joint where traffic coming from Apongbon and the one from Ijora merged around Iponri section on the Eko Bridge.

The controller said in order to remove and replace the expansion joint where traffic merged, the Ijora ramp of the bridge must be shut.

He said construction work was progressing fast because of the clemency of weather, projecting that the project would be delivered ahead of the August 3 scheduled date.

“What we are doing is still the same 10 weeks programme of rehabilitation of Eko Bridge.

“Vehicles that are coming from Ijora end and the ones coming from Apongbon, the two bridges merge at a point.

“At that point where they merge, all the vehicles will now use one lane, so, that is the lane where we want to now change the expansion joint.

“We were working on Apongbon, Iponri, Alaka-bound lane. Now, we want to work on the same lane which is between Costain and Alaka.

“Where we are now is Iponri, but all the vehicles that are coming from Ijora, they meet at a point with the vehicles coming from Apongbon, so, the expansion joint is what we want to now replace.

CHECK IT OUT:  This Is Awesome!! Primary School Pupil Makes A Pen Drawing Of President Buhari (Photos)

“As a result of that, the two bridges will now be affected,” he said.

Popoola said vehicles coming from both Ijora and Apongbon could use the Costain ramp as an alternative route to go through Breweries to Abebe Village, Eric Moore to either link Surulere, Funsho Williams Avenue, Stadium or Ikorodu Road.

“The point where we want to work now connects the two bridges together.

“We plan to close the Ijora ramp this night,” the controller said.

Earlier, he presented pictures of tens of commercial motorcycle operators taken on his phone to the controller, expressing worry over the menace.

Eko Bridge was shut on June 4, with traffic diverted for the second phase of the rehabilitation of the Costain-bound section of the bridge.

The post FG To Shut Eko Bridge Again For Repairs appeared first on .