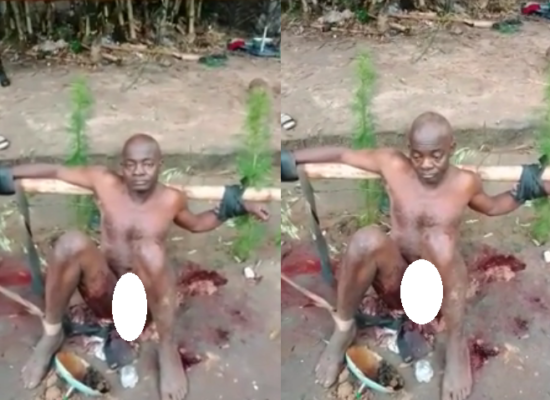 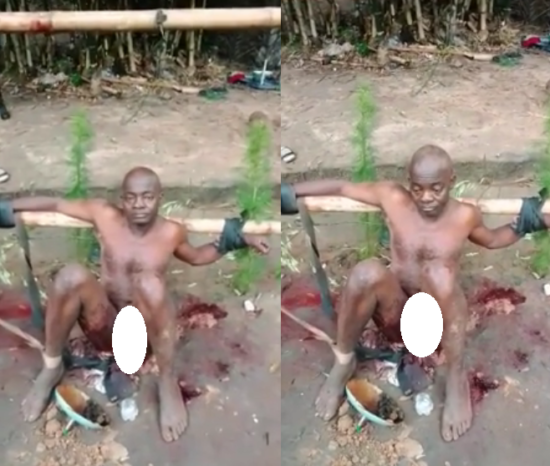 A horrific video making the rounds online shows a man with a mutilated penis being paraded by IPOB supporters for working with the government against IPOB.

In the extremely graphic video, the man, whose hands are tied to a piece of wood, is seen sitting on the sandy floor. His penis had been mutilated and blood from his severed male member is seen seeping into the sand. 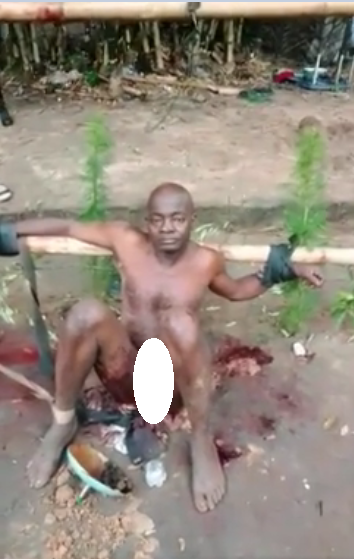 A male voice is heard revealing what led to the man being subjected to such inhumane torture.

According to the voice of the IPOB supporter, the man, from Orsu, Imo state, is a saboteur – a tag given to Igbos who do not support IPOB and speak against the activities of some of its members.

The voice said that the man is a politician working with the Hope Uzodinma government as an informant to expose IPOB members, after which he gets paid by the Nigerian government.

The IPOB supporter also said the man denied an airstrike by the Nigerian military happened in Orsu.

He was accused of being a “slave to the Fulani” who is selling his people and fighting against his people.

Towards the end of the video, the voice said this is the last time the man would be a saboteur, suggesting the man will be executed after the video.

Others were also warned that they will meet the same end if they toe the same line.

The post IPOB supporters mutilate man’s pen!s for “working with the government to point hands against his people” (Graphic Images) appeared first on .