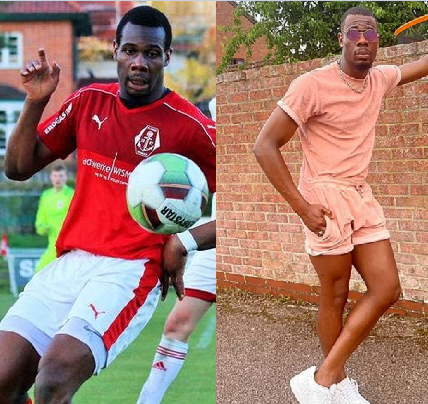 Odichukumma Kelvin Igweani is said to have killed a neighbour who rushed to save a toddler he took hostage.

The neighbour heard a toddler screaming for his life from Igweani’s house and he went to intervene but was killed.

Other neighbours called police to report a “horrible commotion” inside.

When police stormed the flat in Milton Keynes, Bucks, on June 26, they found hero, Richard Woodcock, 38, lying on the floor lifeless.

After initial attempts to stun the 24-year-old footballer with a taser as he continued to pose a threat to his hostage, police shot him four times.

Igweani was pronounced dead at the scene and Woodcock died of head injuries while the toddler remains in a life-threatening condition in hospital.

CHECK IT OUT:  Fatai Amoo: Golden Eaglets Challenge Is To Produce The Next Mikel Obi
Share
Tweet
Email
Prev Article
Next Article

Loading... The entrance of the family Of Mazi Nnamdi Kanu, …

Loading... One of the biggest matches in world football comes …