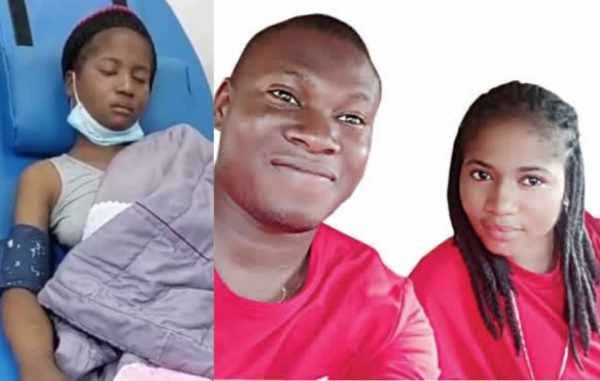 Late Comedienne, Ada Jesus’ husband has declared that his wife is not dead and will return miraculously in three years.

In a video posted to his Facebook page, the late comedienne’s husband stated that his wife, who was rumored to have died after a long battle with renal disease, is not dead.

People may not understand it, but he claims that his wife will return to life after three years.

It will be noted that the late controversial Facebook comedienne passed away on Wednesday, April 21, 2021, after suffering cardiac arrest in an Abuja hospital.

The actress was suffering from kidney disease at the time of her death, and her followers linked her poor health to her disparaging words against controversial prophet Odumeje, actress Rita Edochie, and hometown doctor Chi Marine.

People advised she pay them a visit and ask for forgiveness, stating her illness was unusual, which she did before dying in April 2021.

CHECK IT OUT:  Wizkid And Burna Boy Rehearse ‘Ginger’ Together Ahead Of Live Performance (Video)