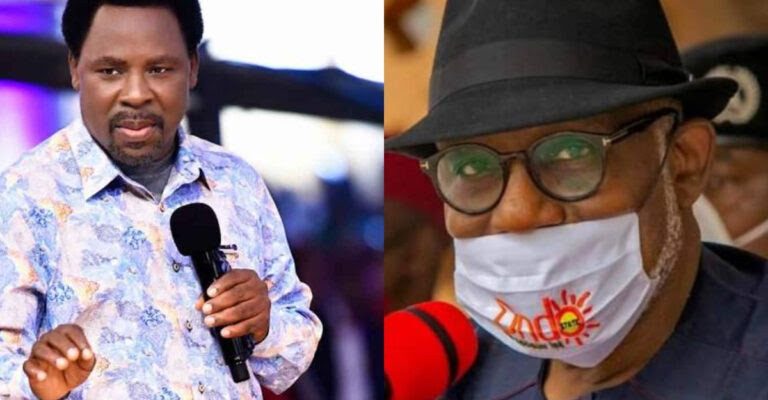 The Governor of Ondo State, Rotimi Akeredu has revealed the role late Prophet T.B Joshua played in his life. 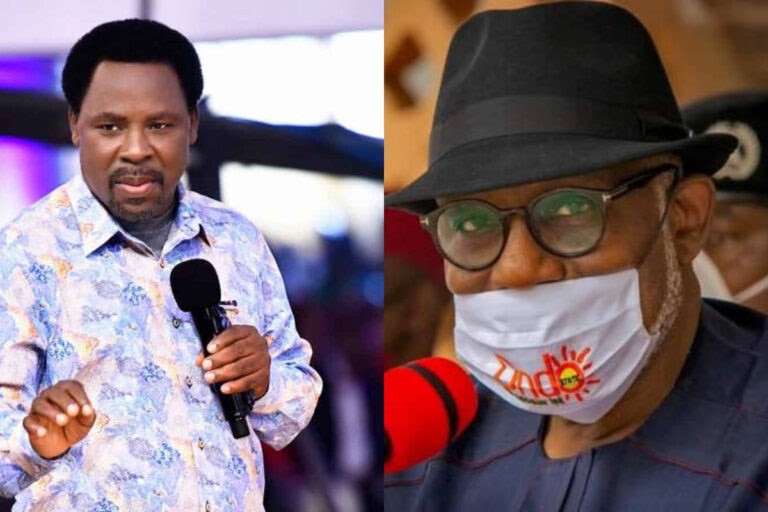 According to him, TB Joshua gave him money when he won his first election to be Governor of Ondo State.

The Ondo Governor spoke during the funeral service of Prophet T,B Joshua at the Synagogue Church of All Nations, SCOAN, on Friday.

According to him, the late Prophet drove from Lagos to his (Akeredolu) Ondo home when he won his first governorship election to wish him well and at the end of their meeting, Akeredulu said the cleric gave him money to entertain his guests.

“When I won election to be governor of Ondo State, T.B Joshua drove to Ondo State to wish me well and when he was leaving, he put money in my pocket and said, ‘as a governor, you’ll need money to entertain people.

“He also gave me money to give to my wife. I must testify openly to what T.B Joshua did for me.”

CHECK IT OUT:  Married Woman Dies In The Parish House Of Her Catholic Priest Lover In Zambia (Pics)