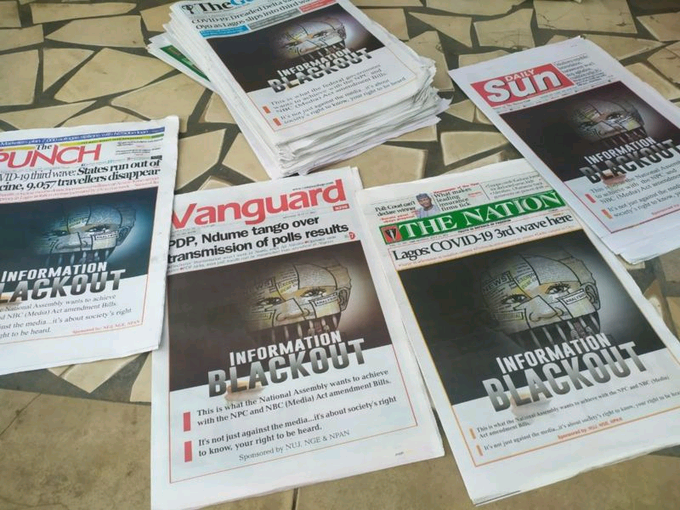 Most major #Nigerian newspapers on Monday, July 12, put out the same frontpage headline in protest against proposed controversial press and media Bills from the Federal Government of Nigeria meant to allegedly infringe on press rights and freedom.

Papers like The Sun, Punch, Vanguard, The Guardian, Tribune splashed out the same ”Information Blackout’ headline.

The coordinated move was sponsored by the National Union of Journalists (NUJ), National Guild of Editors (NGE) and Newspaper Proprietors’ Association of Nigeria (NPAN).

According to the three unions, the ‘protest’ will run for two days. 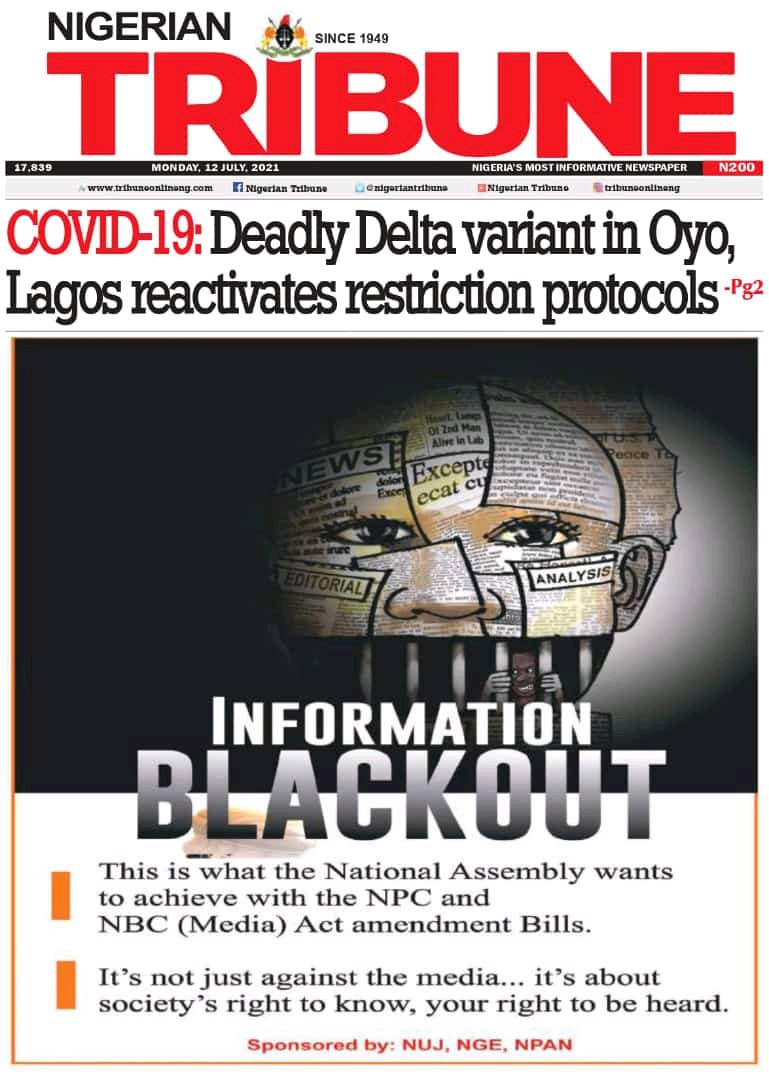 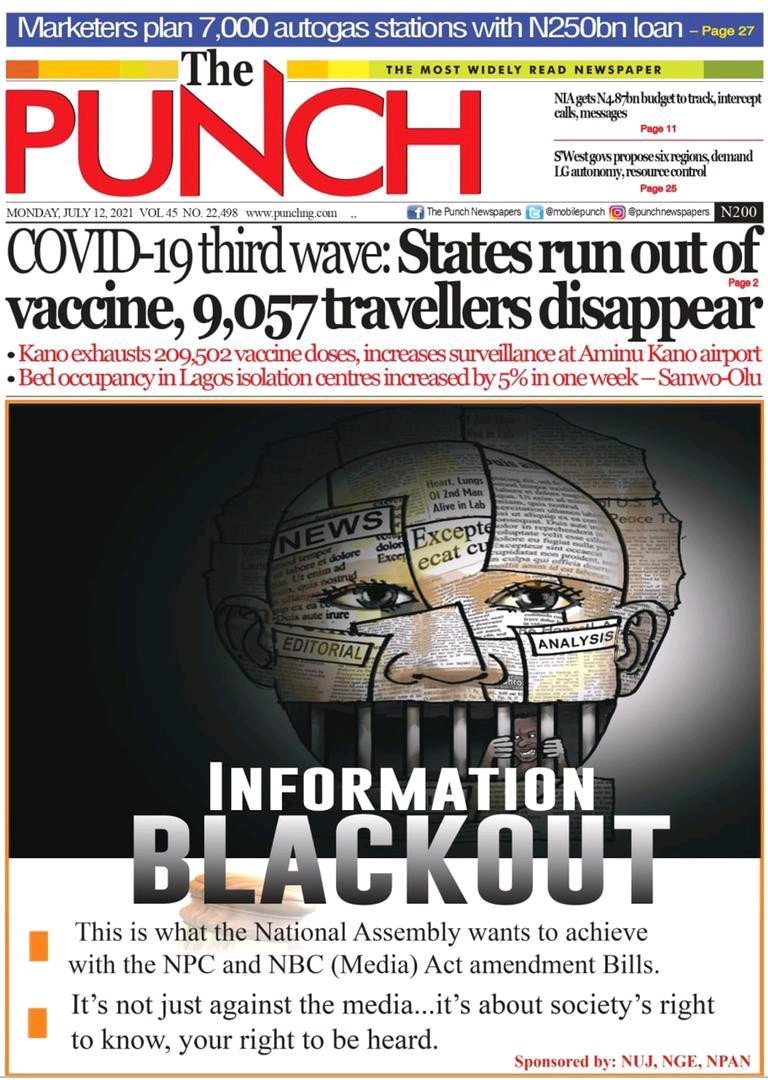 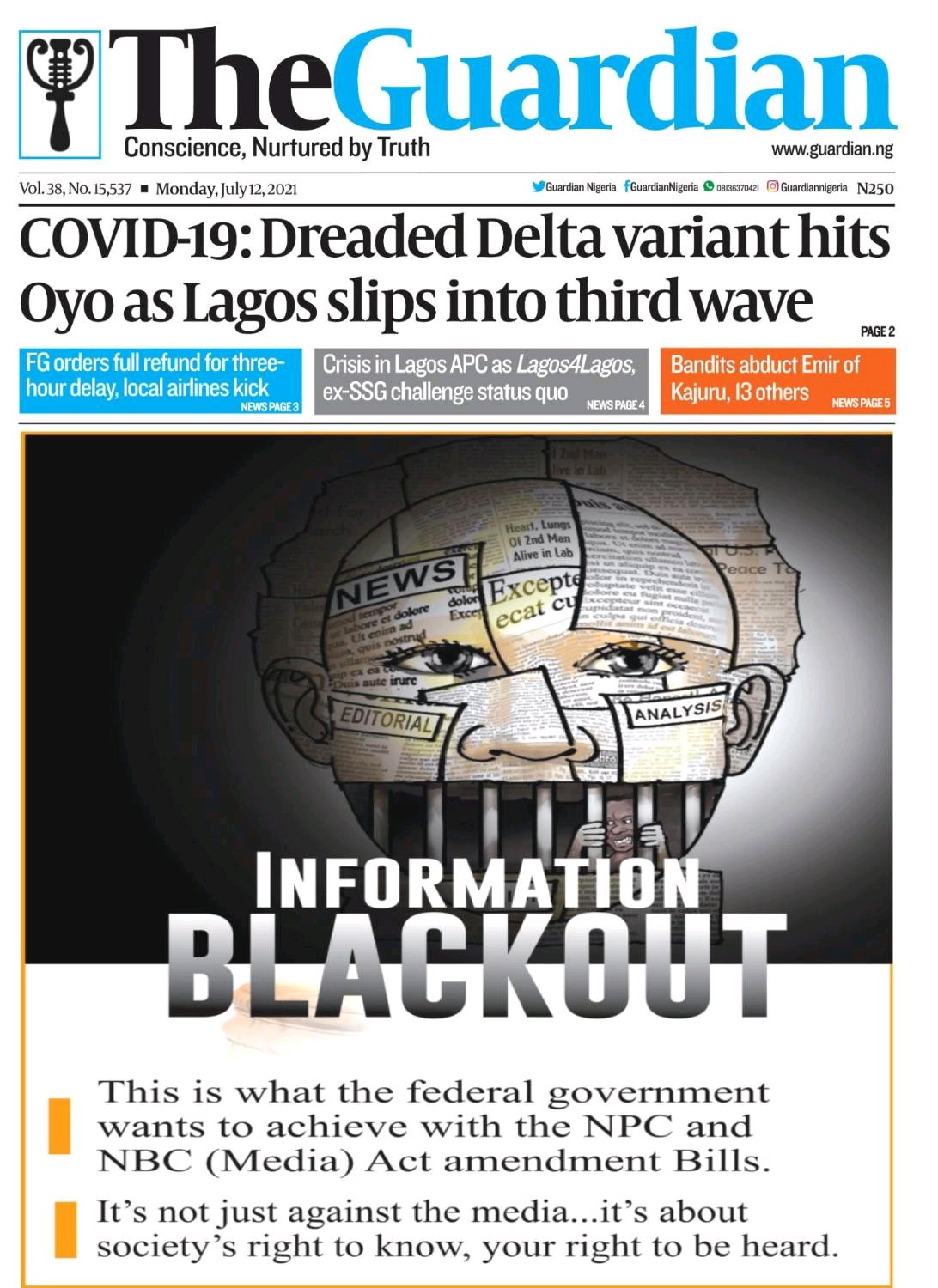 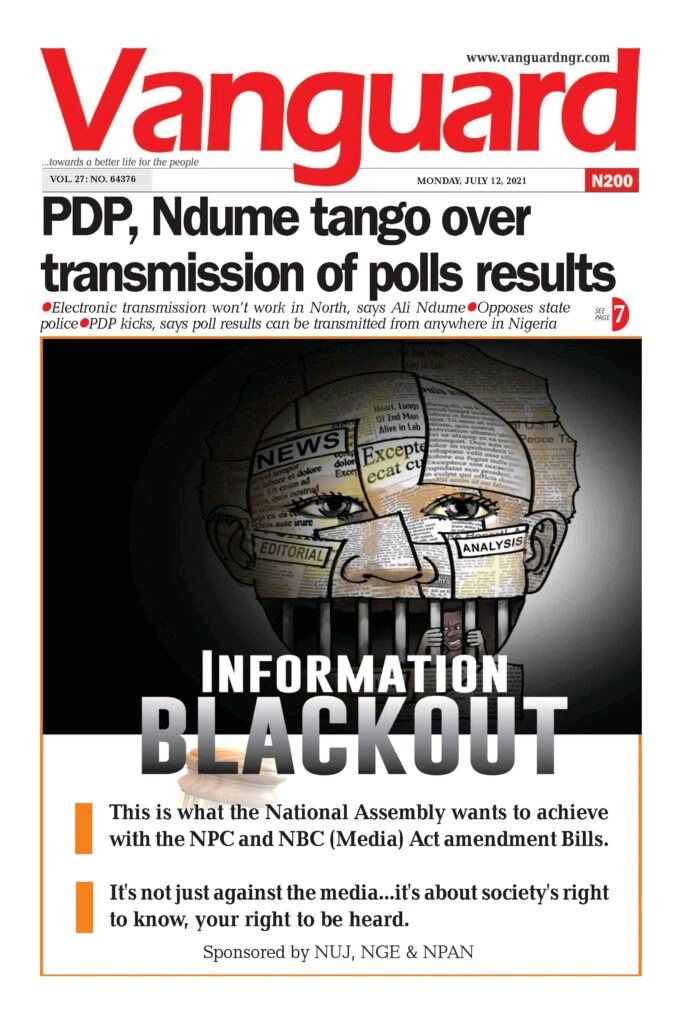