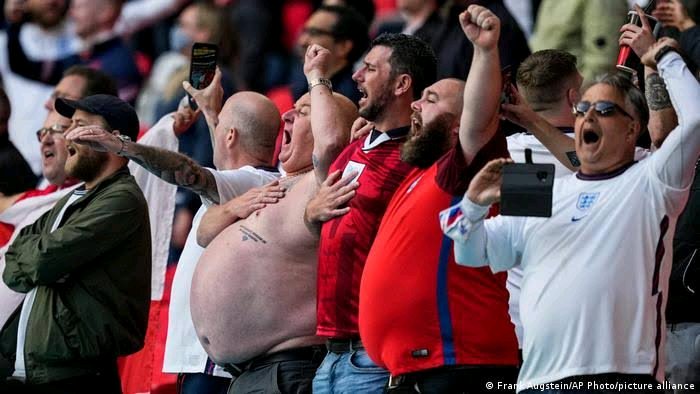 Over 100,000 English fans have signed a petition calling for England’s Euro 2020 final defeat to Italy to be replayed.

England lost on penalties after a 1-1 draw at Wembley on Sunday evening July 11.

After the match loss, some fans were left incensed and have now launched a change.org petition to asked that the match be replayed.

The petition was started on the grounds that it apparently “was not fair at all”, with an image of Giorgio Chiellini’s now infamous foul on Saka – which the Italian defender was booked for – used to highlight this apparent unfairness.

It is added that there were “pushes, pulls and kicks” from the victorious Italians, who – it is said – should have had “a red card for their gameplay” with the match replayed with a “non-biased” referee, presumably to give England a better chance of winning.

The post Over 100,000 English fans sign petition calling for final between England and Italy to be replayed appeared first on .

CHECK IT OUT:  Saudi Arabian Government donates medical items worth $1b to Nigeria